Under a firmware update, DJI has released a few new features for its Spark camera drone, the company’s latest aircraft, a palm-size, $500 drone introduced in late May.

The new features include the ability to start and stop video recording through an arm gesture, enhanced QuickShot video features for more cinematic control, and a 180-degree photo shooting mode and improved photo image resolution.

Using QuickShot, the Spark automatically flies along a preset flight path while recording a short video and tracking a subject along the way. Now, users can control which circular direction the drone flies during Circle and Helix modes to give them more cinematic control when filming. Other QuickShot modes have also been improved: increasing the height gained during Dronie mode and smoothing out the camera’s pitch in Rocket mode.

For the new photo shooting features, in addition to the existing vertical and horizontal pano modes, a new 180 mode stitches 21 individual photos together to capture 180-degree panoramic images. The photo resolution when shooting in ActiveTrack and Gesture Modes has also been improved to capture images at a 12-megapixel resolution of 3968×2976 pixels.

Paul Pan, senior product manager at DJI, says, “These updates deliver on our vision to make Spark an easy and fun camera drone that anyone can use, even if you’ve never flown a drone before.”

DJI says the firmware update has also made improvements on the overall performance of the drone, including better responsiveness to input from the remote controller, enhanced connectivity between the aircraft and remote controller, and flight logging for the intelligent battery system.

DJI has offered a visual diagram of how the new record gesture works: 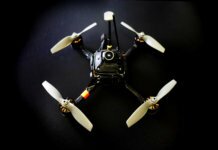 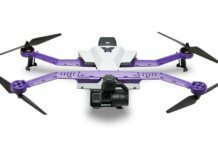 The Next AirDog Auto-Follow Drone is Here 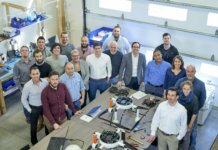 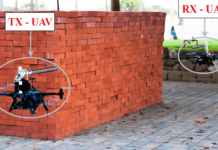 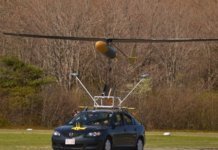