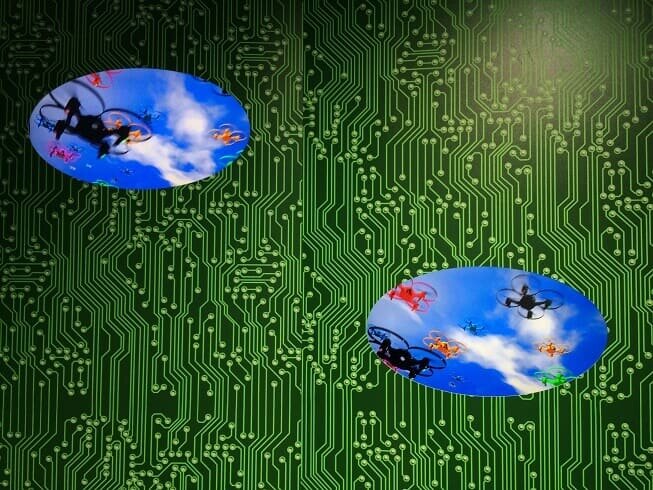 Shedding light on the enormous potential of civilian unmanned aircraft systems (UAS), the Intrepid Sea, Air & Space Museum in New York City is offering a temporary exhibit chock-full of drones of all shapes and sizes – and certainly of all applications.

I recently got the chance to check out the drone exhibit for myself and left with exactly the feeling curator Eric Boehm envisioned for guests: Yes, there truly is so much that the technology is capable of doing.

Boehm, one of the exhibit’s curators and the Intrepid museum’s curator of aviation and aircraft restoration, tells UAO that he wants visitors to realize that although drones are not new, they’re doing so many new things.

“It’s changing every day, and the future is going to be – who knows?” he explains. “When somebody walks out feeling like that, that’s mission accomplished for me.”

When you first walk in, you’re greeted with quirky, brightly colored walls with moving screens and a brief outline of the evolution of drones – from “remote-controlled planes used for target practice” to “versatile and highly specialized aircraft.” 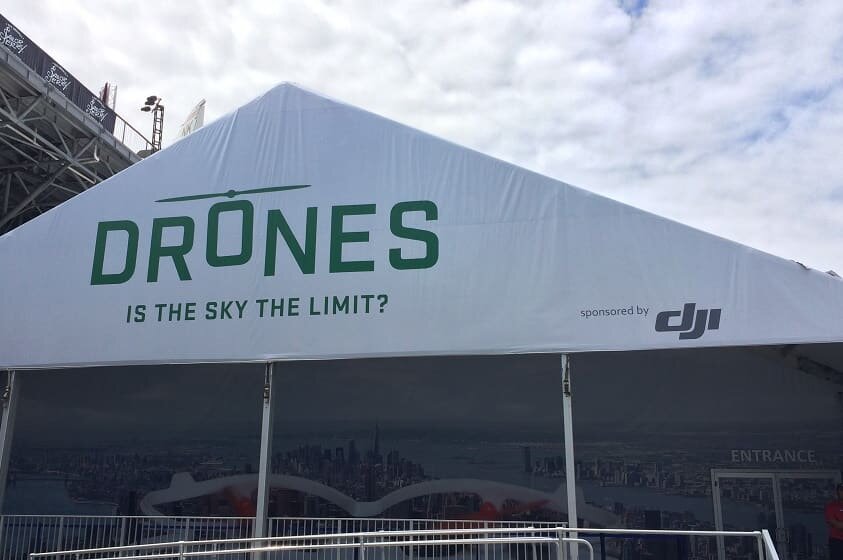 Past the entrance is a 1945 quotation from U.S. Air Force General Hap Arnold saying, in part, “Take everything you’ve learned about aviation in war, throw it out the window, and let’s go to work on tomorrow’s aviation. It will be different from anything the world has ever seen.”

Indeed, “tomorrow’s aviation” is thoughtfully weaved into the exhibit, which features loaned drones on display; photos and video of drone work conducted around the world; a look into first-person-view drone racing goggles; a “drone arts theater” presented by AirVuz; interactive polls, such as “Will Drones Improve Our Lives?”; a flying cage; and more.

Inside the exhibit is information on military drones such as the Predator and Reaper, as well as commercial drones such as the Draganflyer for police officers in Colorado, PrecisionHawk’s platform for agriculture, the DJI Phantom 3 for cave exploration in Vietnam, Sky-Futures’ drones for oil and gas inspections, and even one of Amazon Prime Air’s delivery drones. 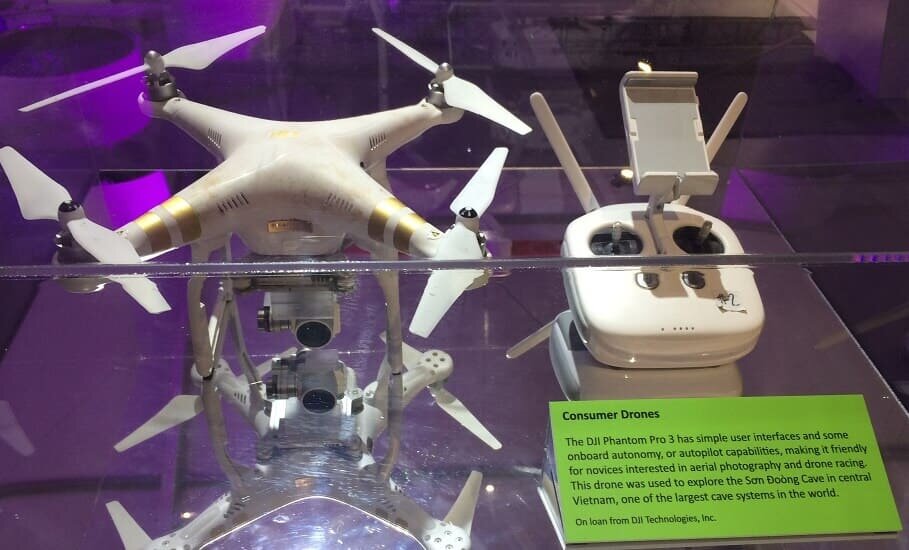 The exhibit also shows how Duke University’s Marine Lab is deploying UAS for animal conservation, how WeRobotics is using drones for humanitarian relief, how Zipline is delivering medical supplies via drone, and how the National Oceanic and Atmospheric Administration is tracking hurricanes with Coyote unmanned aircraft.

Representing a juxtaposition of military and commercial are the Kaman K-Max helicopter, an optionally piloted aircraft capable of fighting fires, and the Insitu ScanEagle, the first UAS approved by the FAA to commercially fly beyond the line of sight of the operator, as well as a “key role” in the rescue of Captain Richard Phillips aboard the Maersk Alabama, which was hijacked by Somali pirates in 2009. Moreover, Insitu also touts the drone – which is there in person at the exhibit – as the first to operate from a U.S. Navy destroyer.

When asked why the Intrepid decided to launch the exhibit with the commercial sector in mind, Boehm says an exhibit dedicated exclusively to military drones would be “very limiting.”

“Most of the technology advances and the cool stuff that’s going on out there is happening in the civilian world,” he says.

Boehm, who has been with the Intrepid for the past 12 years and has been working on specifically aviation curation for the past six, also points out that he wants visitors to have a “bright, cheery outlook of the future.”

Adding to the “bright, cheery” vibe of the exhibit are UAS used for entertainment purposes, such as Lady Gaga’s personal-transportation Volantis drone, which was used for “artistic expression” at a 2013 album launch. Also, visitors can check out one of the drones Cirque du Soleil used back in 2014 for that mesmerizing video with flying lampshades.

Of course, the exhibit makes sure to be realistic about the technology, too; it offers plenty of information on the rules and regulations of flying, as well as privacy concerns surrounding usage.

After all, according to Boehm, the Intrepid isn’t targeting any age group, demographic or drone expert/non-expert with this exhibit; rather, from kids interested in drone racing to Baby Boomers interested in military drones, it leaves “a little bit of a surprise for everybody,” he says.

In turn, Boehm reiterates that visitors can leave the exhibit “wondering about the future” – and judging by the swarm of kids lining up in the gift shop to buy their own drones, it seems it’s getting the job done. 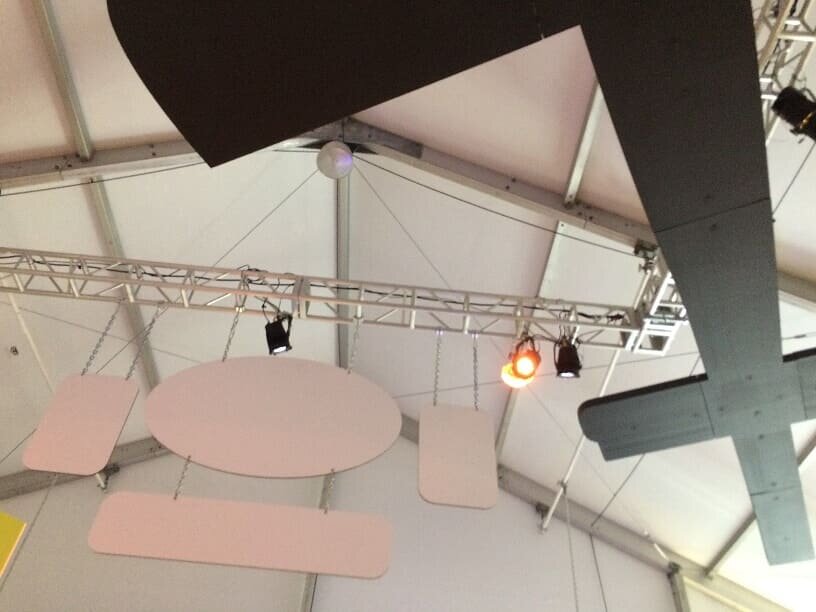 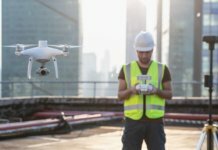 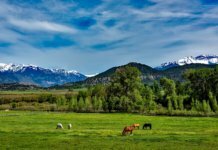 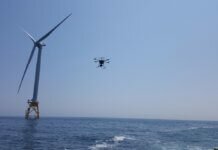 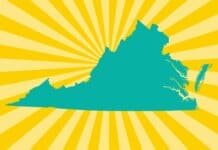 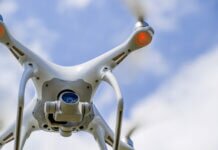 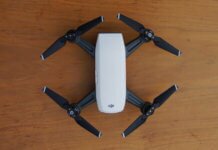