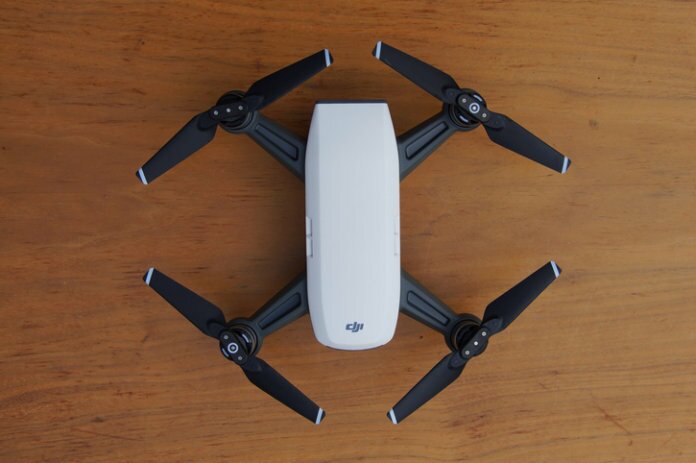 The Federal Aviation Administration (FAA) says it is “ready to get to work” on the provisions of the 2018 FAA Reauthorization Act, which was signed into law on Friday by President Donald Trump in a move widely applauded by unmanned aircraft systems (UAS) industry groups.

The bill, H.R.1082, passed the House by 398-23 and the Senate by 93-6. The FAA Reauthorization Act provides funding for the FAA for five years and, according to drone industry groups, takes steps toward further UAS integration.

In a statement issued on Oct. 5, the White House said, “Today, Congress passed the Federal Aviation Administration (FAA) Reauthorization Act of 2018, which is a critical 5-year reauthorization of FAA programs that invests in airport infrastructure, promotes safety and American leadership in aviation, including the efficient integration of unmanned aircraft systems, and strengthens consumer service.”

Notably, explains the FAA, the act establishes new conditions for the recreational use of UAS and immediately repeals the Special Rule for Model Aircraft, which prohibited the FAA from regulating qualifying model aircraft. The agency says it is evaluating the impacts of this change in the law and how implementation will proceed.

The Academy of Model Aeronautics (AMA), which said last week it finds the bill to be “problematic,” explained that the act “lumps all hobbyists, toys and the recreational community under the FAA as simply unmanned aircraft systems.”

However, AMA has supported a provision to clearly define community-based organizations – e.g., AMA – which will be given a “more prominent role in shaping future regulations,” the group said.

“The passage of the FAA Reauthorization Act of 2018 marks a new chapter in our organization’s history and one that has many positive benefits. For the first time ever, AMA stands to gain official recognition as a community-based organization. Meanwhile, as a community, we now have an even larger role to play in lending our decades of expertise to the FAA, helping to educate the broader recreational community and working together with the FAA to promote and enhance safety,” he says.

“AMA’s leadership met with the FAA’s leadership in Washington this week, and we are encouraged by the positive tone of the dialogue. The FAA recognizes AMA’s commitment to safety and has already initiated steps to lean on our institutional knowledge and work collaboratively, ensuring that our hobby can continue to thrive for generations to come.

“We look forward to working together in this new chapter as we address issues related to the hobby,” Budreau adds.

As for the bill’s other drone-related provisions, the Small UAV Coalition says the reauthorization includes a “robust and forward-leaning” UAS subtitle and will expedite the development and implementation of an unmanned traffic management system, authorize the FAA to impose remote identification and tracking requirements on all users, and enable federal law enforcement and homeland security to exercise tailored counter-UAS authorities with due consideration to the ongoing safety of the national airspace and privacy and civil liberties. More on the details of the bill according to UAS industry groups can be read here.

In addition, the reauthorization also extends the designations for the seven FAA UAS test sites around the country until 2023. According to U.S. Sen. Chuck Schumer, D-N.Y., the designations were set to expire in 2019 without congressional action, and he notes the importance for the New York UAS Test Site at Griffiss International Airport, which is led by Oneida County and the NUAIR Alliance.

“With this critical test site extension at Griffiss, we have delivered to NUAIR and Oneida County another critical win to keep it at the cutting edge of this new technology,” Schumer says. “In just a few years, the New York Test Site has brought droves of clients to Griffiss, from global corporations and premier academic institutions to partners in government like the FBI, NASA and FAA – all of which are choosing New York to test technologies that will safely and efficiently integrate UAS into the national airspace.”

A non-drone-specific group, the National Association of Tower Erectors (NATE), a nonprofit trade association in the wireless infrastructure industry, has issued a statement on the reauthorization on behalf of its 740 member companies, which are “‘all-in’ on the commercial utilization of drones in the wireless and broadcast infrastructure industries” and thus are “pleased with the final product of the FAA reauthorization legislation,” according to Jim Goldwater, the group’s director of legislative and regulatory affairs.

Goldwater says, “The association commends Congress for enhancing UAS safety by giving the FAA the flexibility needed to appropriately regulate all UAS while implementing remote identification and tracking standards to help counter potentially malicious UAS operations. NATE is also happy that this legislation will lead to a process of allowing more commercial operations over people and beyond visual line of sight. These provisions offer the flexibility our dynamic industry needs to get commercial UAS operations to scale and maximize the potential of drones.”

According to a recent webinar hosted by LeClairRyan aviation attorneys Mark A. Dombroff and Mark E. McKinnon, although the legislation includes new restrictions – such as a $25,000 civil penalty for turning drones into weapons and serious criminal penalties for using them to interfere with manned aircraft – it also orders regulators to continue the important work of integrating drones into existing U.S. airspace.

“It funds UAS regulations and services and orders a Government Accountability Office study on the impact of potentially allowing local control of the low-level airspace occupied by drones,” said Dombroff. “All told, Congress is continuing to move the ball forward on UAS integration, which is good to see.”