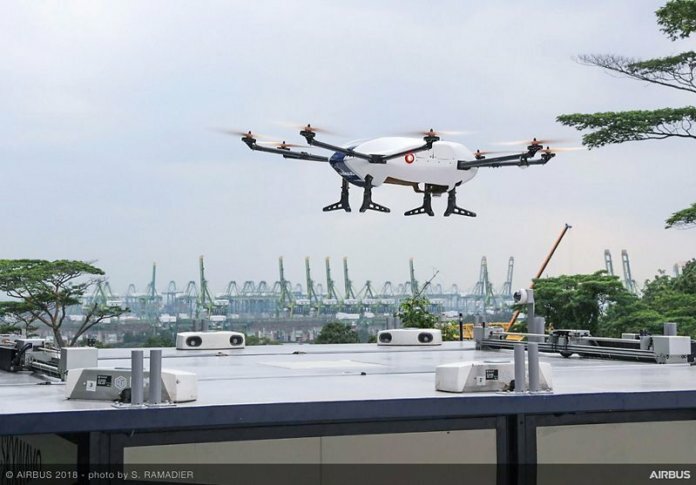 The drone took off from its dedicated maintenance center and landed on the roof of a specially designed parcel station, where a parcel was automatically loaded via a robotic arm. Once loaded with the parcel, the Skyways drone took off again and returned to land, demonstrating its automatic unloading capability.

According to Airbus, the inaugural flight demonstration followed the launch of an experimental project with the Civil Aviation Authority of Singapore (CAAS) in February 2016 to develop an urban UAV to address the safety, efficiency and sustainability of the air delivery business in cities such as Singapore. The collaboration was subsequently extended in April 2017 when Singapore Post (SingPost) became the local logistics partner for the project.

Airbus Helicopters is the overall Skyways system architect and provider. The concept involves systems and structures that allow drones to land, dock with secure structures, discharge or take on payloads, and then fly off to other destinations, says Airbus.

“Safe and reliable urban air delivery is a reality not too distant into the future, and Airbus is certainly excited to be a forerunner in this endeavor,” Flourens adds.

Airbus Helicopters says it is at an advanced stage of the Skyways project. A trial service will commence at NUS this year: Students and staff will be able to have small parcels between 2 kg and 4 kg delivered to designated parcel stations within the campus, which is the size of 150 football fields.

An experimental project aimed at developing a safe and economically viable unmanned parcel delivery system for use in dense urban environments, Skyways is one of a number of Urban Air Mobility projects currently being researched at Airbus. These also include the Racer high-speed helicopter demonstrator, as well as the Vahana and CityAirbus autonomous flying vehicle concepts. 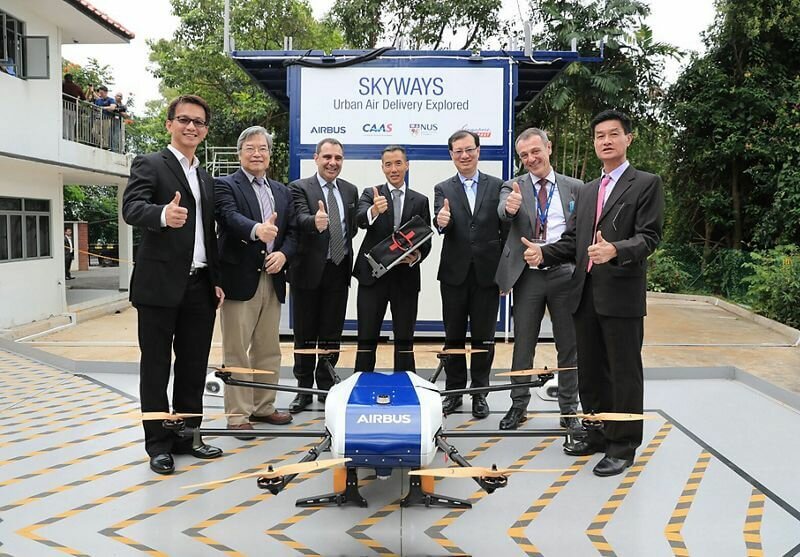 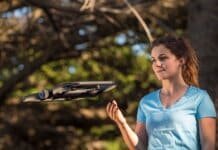 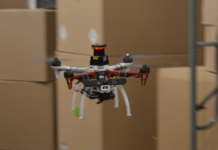 Programming Drones to Fly in the Face of Uncertainty 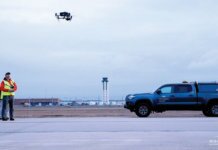 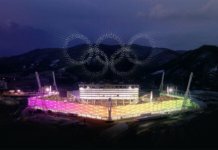 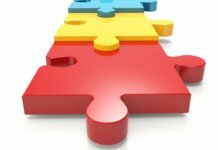 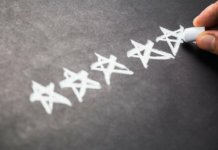 Consumer Reports Tries out Consumer Drones: Who Came out on Top?