GENIUS NY, a business accelerator program at CenterState CEO’s Tech Garden, has announced 16 teams are semi-finalists in the competition’s second round. The companies, which are developing innovations in the unmanned aircraft systems (UAS) industry, were selected from a pool of more than 250 submissions to compete for $3 million in investments.

Of the 16 semi-finalists, three are international teams representing Switzerland and the U.K. Additionally, three teams were co-founded by women, says GENIUS NY.

The semi-finalists are as follows:

The program, funded by Empire State Development in a model similar to Buffalo’s 43North program, will invest more than $3 million in six companies over the course of the yearlong competition. The advancement of the GENIUS NY program builds on CNY Rising, the central New York region’s strategic plan to generate economic growth and community development.

“We are excited to welcome these forward-thinking entrepreneurs to central New York for round two of the GENIUS NY competition,” says Empire State Development’s president, CEO and commissioner, Howard Zemsky. “This unique contest supports UAS start-ups in developing the next-generation technologies that are helping central New York, and its burgeoning drone industry, to rise.”

The teams now have three weeks to complete a video presentation on why their company would be the best fit for GENIUS NY. A panel of local judges will review the presentations and select the six finalists participating in GENIUS NY 2.0. Judges will be looking for companies that will stay in the central New York region and use its ecosystem, will scale and be successful, and will represent diversity of technology focus and team makeup.

The grand prizes will be announced at an event in April, where teams will compete live by pitching their technologies to a panel of judges. Three grand prize investments – $1 million, $600,000 and $400,000 – will be awarded. The remaining runner-up teams will each receive a $250,000 investment.

“The GENIUS NY program provides proven support to help our region grow innovative next-generation technology companies in the unmanned systems industry,” says Rob Simpson, president of CenterState CEO. “We are excited to welcome these teams to our community and connect them with the ecosystem of support we have developed, including our nationally recognized corridor for testing beyond visual line of sight.”

Beyond the grand prize investments, participants will have access to the region’s start-up programming, including business planning, industry-specific mentorship and access to vetted service providers. As part of this effort, participants will be integrated into a larger regional effort to grow the UAS industry in central New York and the Mohawk Valley and will have access to the area’s infrastructure and testing assets when they come online. Participants will also receive stipends for operating capital and subsidized rent and will also have opportunities to connect with investors for follow-on funding. 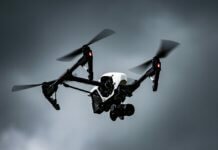 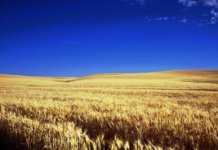