On Tuesday, the Danville Life Saving Crew (DLSC) in Virginia used drones to help rescue a man who was trapped on the south side of the Dan River after his hand had been caught underneath a fallen tree.

According to a press release from the DLSC, its dive team was dispatched at 10:43 a.m. to assist Bachelors Hall Volunteer Fire and Rescue. The man had been trimming trees alone when the accident occurred; a resident on the north side of the river had heard his shouts and called 9-1-1.

During the mission, both unmanned aircraft were used to help the boats navigate the river and maneuver around rocks. They also served as safety vantage point, reports the DLSC.

After approximately 20 minutes in the river, responders located the man on the bank. Once his hand was freed, he was placed in a boat, brought upstream and transported in an ambulance, the crew says.

According to the DLSC, this mission marked the first time the DLSC and Pittsylvania County Sheriff’s Department used drones in a mission. The newly acquired tools will continue to make rescue missions safer and quicker for first responders, says the group.

The DLSC recently announced that five members of its search-and-rescue group had completed 40 hours of unmanned aircraft systems ground school at local Piedmont Virginia Community College, where they were prepped for their Federal Aviation Administration Remote Pilot Certificate exam. 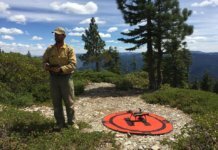 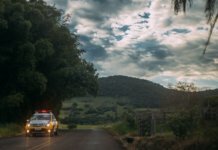 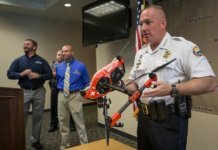 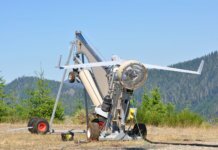 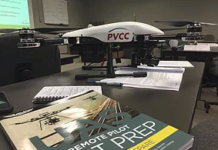 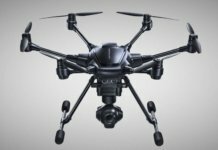