This Saturday, West Lafayette, Ind.-based Purdue University is hosting the “Collegiate Drone Racing National Championship,” which will feature 48 drone pilots from schools across the U.S.

Every pilot competing builds his or her own drone, Landers adds. The pilots will then navigate a complicated obstacle course at speeds reaching 80-90 mph. Prizes include motors, video goggles, video transmitters and other equipment for drone racing.

MultiGP, a racing special interest group for the Academy of Model Aeronautics, is assisting with sanctioning the event. In addition, the race will be live-streamed through FPVLive.tv. The event will be free to the public, the university notes. 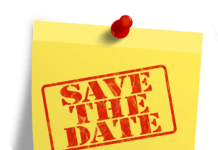