According to a press release from UND, the Harris UAS Network, which combines detect-and-avoid capabilities developed at UND and UAS technology solutions from Harris, is a system of integrated ground infrastructure that helps commercial drones fly beyond the visual line of sight (BVLOS).

The flights, which took place about a mile west of Hillsboro in the Red River Valley of eastern North Dakota, tested the Harris UAS Network’s ability to provide UAS pilots with airspace awareness. The network is enhanced by locally deployed sensors for both cooperative and non-cooperative (radar) surveillance as well as integration of the Federal Aviation Administration’s (FAA) NextGen UAS surveillance data feed.

Chris Theisen, director of research and development for the NPUASTS, says the UAS network is part of a North Dakota Department of Commerce ResearchND project that grew out of prior drone research collaborations between UND, the NPUASTS and Harris.

“These tests signify the start of operations on the network, which is the first one anywhere that’s been deployed for multi-user commercial applications,” Theisen says. “It’s a significant milestone in the development of the commercial UAS industry – in our country as well as globally – and we’re proud that it took place right here in North Dakota.”

A formal unveiling and demonstration of the UAS network is planned for this spring, says UND.

Gov. Doug Burgum, R-N.D., recently announced a $30 million proposal to build out infrastructure that would support BVLOS operations for drones across North Dakota. 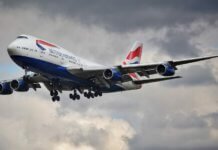