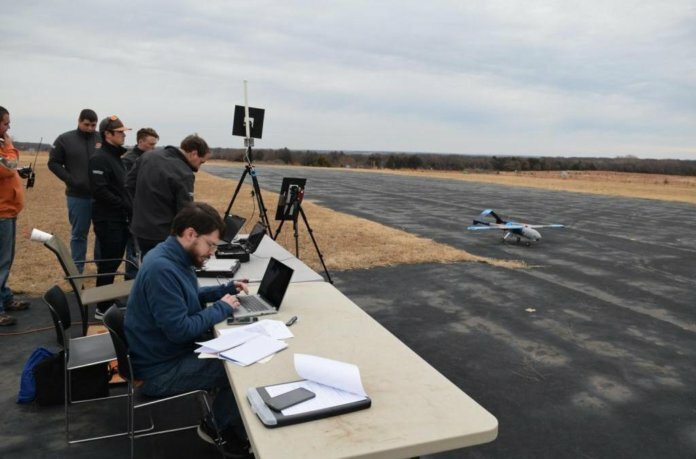 “This new authorization offers us an opportunity to develop flight processes for infrastructure inspections and to develop solid, research-based solutions for control and safety during these flights,” says Jamey Jacob, USRI director and OSU professor. “This COA is an important milestone, and we will be conducting crucial research and development work with our commercial partners to accelerate the integration of drones into the U.S. national airspace for these kinds of flights.”

Vigilant Aerospace used FlightHorizon to track the aircraft during its three-mile outbound and three-mile return flight while simultaneously tracking 17 manned aircraft for display and alerting in real time to the pilot-in-command.

“We were extremely pleased with the performance of the FlightHorizon system in this first flight under the new COA and look forward to demonstrating the ability of unmanned aircraft to be safely flown over these much longer distances,” says Kraettli L. Epperson, CEO of Vigilant Aerospace.

The flights were controlled from a ground control station linked to an on-board autopilot, and visual observers followed the aircraft in a motor vehicle.

The flight was the first in a series of tests and demonstrations planned by Vigilant Aerospace with the USRI to develop new concepts of operation using FlightHorizon.

Ultimately, Vigilant Aerospace plans to integrate new sensors into the flights, such as micro-radar, and use its new FlightHorizon PILOT automatic detect-and-avoid system on board the aircraft.