The company says the commercial-grade drone has a 10-foot wingspan and a sensor payload capacity of 10 pounds for conducting fully autonomous aerial inspections for utility structures and properties, including electrical transmission lines, gas transmission pipelines and right-of-ways.

ULC has been working with U.S. gas and electric utilities to develop the aircraft for commercial utility applications. The company plans to test a variety of sensors and monitoring payloads with the platform; this includes radiometric thermal cameras, high-resolution DSLR imaging systems, LiDAR and gas leak-detection sensors. Because of the high payload capacity, more than one system can be included on the aircraft at a time, the company points out.

The VTOL UAV has a set of eight quadcopter rotors for VTOL; then, after reaching a predetermined altitude and airspeed, the aircraft transitions into forward flight, combining the practical functionalities of a multi-rotor UAV with the speed and range of a fixed-wing aircraft, ULC explains. 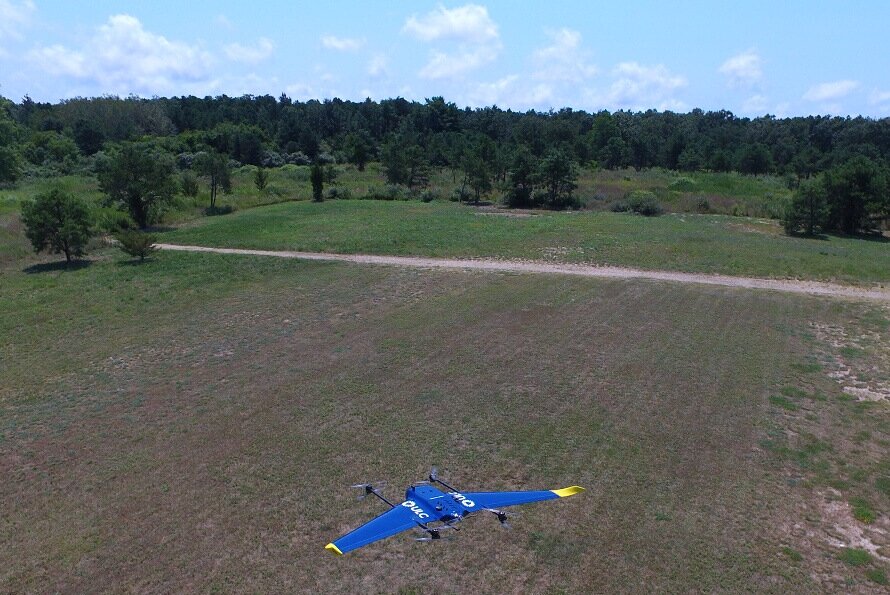 The drone is currently running an electric propulsion system, giving it a flight time of 1 to 1.5 hours. In the near future, ULC intends to integrate an electric/gas hybrid propulsion system that will allow for a five-hour endurance and 50 mph cruise speed (250-mile range), laying the groundwork for flights beyond the visual line of sight.

Because the drone can take off and land from almost anywhere without a runway, it can be dispatched from difficult-to-access terrain, heavily forested areas and densely populated neighborhoods, where long stretches of utility infrastructure, such as gas transmission right-of-ways, can be time-consuming or unsafe to inspect on foot or with a manned aircraft, the company adds.