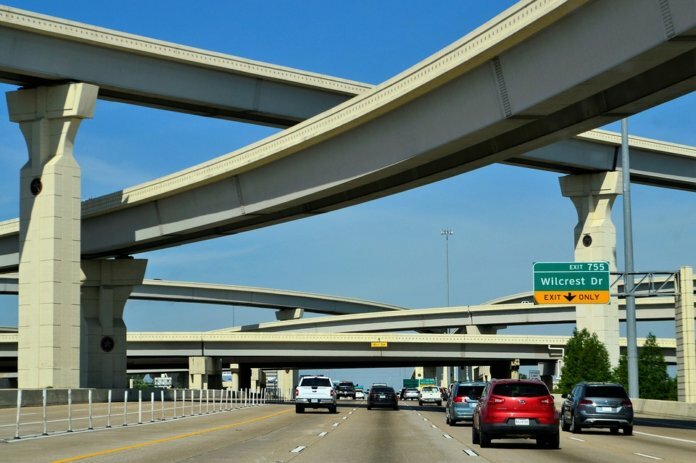 A May 2019 survey by the American Association of State Highway and Transportation Officials (AASHTO) underscores the rapid deployment of unmanned aircraft systems (UAS) by state departments of transportation (DOTs), as well as the growing demand for a workforce to operate them.

According to AASHTO, more than seven out of 10 state DOTs have hired hundreds of staff, including highly skilled personnel, to manage drone operations. Those state DOTs – 36 in total – also reported having 279 Federal Aviation Administration (FAA)-certified drone pilots on staff, or approximately eight pilots per state.

“The survey is just one example of how state DOTs are investing in the next-generation workforce,” comments Carlos Braceras, executive director of the Utah DOT and AASHTO’s 2018-2019 president. “Five years ago, you’d be hard-pressed to find any state DOT looking to hire a drone pilot or set up a UAS program – but now we’re doing both of those things in a big way.”

In an effort to keep up with the demand for drone pilots, 10 state DOTs have teamed up with academic organizations to train new ones, the survey finds.

The types of missions and research being conducted by state DOTs varies widely, notes AASHTO. For example, the Ohio DOT, through DriveOhio’s UAS Center and in partnership with the Air Force Research Laboratory, as well as other partners, is developing SkyVision: a ground-based detect-and-avoid system used to track drones to enable beyond-line-of-sight operations.

“Imagine highways in the sky,” explains Fred Judson, acting director of the Ohio UAS Center. “Invisible lanes of travel for low-altitude drones and other small unmanned aircraft. Package deliveries will be just one of the many missions drones will be flying in that airspace. Just as the FAA tracks jetliners on the ground and in the air, SkyVision will do the same thing for drones.”

When AASHTO conducted its first UAS survey in March 2016, no state DOT had incorporated drones into its daily operations. At that time, 33 state DOTs were exploring, researching or testing drones, as well as developing internal policies to manage them.

“In three short years, we’ve gone from zero to 36 state DOTs executing drone missions internally,” observes Jim Tymon, AASHTO’s executive director. “This giant leap is helping states work safer, smarter and faster than ever before, and that adds up to big savings for taxpayers and improved safety for motorists.”

AASHTO’s survey finds that the top five drone missions in order of frequency are 1) photo and video gathering, mainly of infrastructure projects; 2) surveying; 3) inspecting infrastructure, including bridges, signage, light poles and pavement; 4) responding to emergencies and natural disasters; and 5) public education and outreach. In total, state DOTs identified more than 20 mission types, including the observation and management of endangered species, underwater vegetation and traffic monitoring.

The survey finds that drones are being used to mitigate avalanches in high-elevation states. For instance, in January, when the Utah DOT set off one of its Gazex avalanche exploders along the Wasatch Front, a deluge of snow covered State Route 192 in 30 feet of snow. No one was hurt, but it took the agency’s crews 24 hours to clear the highway.

“The key to avalanche mitigation is data,” says Paul Wheeler, UAS program manager at the Utah DOT. “This summer, for the first time, we’ll begin mapping avalanche ‘hot spots’ with drones equipped with LiDAR sensors to create detailed, three-dimensional maps of the landscape. When the snow falls, we can use those maps to measure the depth of the snow to better mitigate avalanches. Making the right call at the right time keeps everyone safe and the roadways clear.”

The survey also finds that 29 states said drones are helping them save money. The Michigan DOT calculates that a manual inspection of the deck on a four-lane divided highway bridge located near a metropolitan area would take a two-person crew using heavy equipment eight hours to complete – at a cost of $4,600. On the other hand, the agency said conducting the same inspection using drones would take one pilot and one spotter one hour to complete – at a cost of $1,200, representing a 74% savings. In addition, the Michigan DOT estimates there would be an additional $14,600 in user delay costs from lane closures. No lane closures are necessary using drones.

Under its IPP, the Kansas DOT wants to help to create what are called “smart farms.” The agency is deploying drones to conduct precision agriculture, which includes monitoring soil temperature, humidity, plant growth and irrigation levels. The Kansas DOT is also monitoring the heat signatures of cattle. By identifying sick animals faster, farmers and ranchers can protect other animals from getting sick. In addition, the agency is deploying drones in rural areas to inspect power lines, railroad tracks and highway pavement (i.e., linear infrastructure).

In addition to infrastructure inspections and crop health monitoring, the North Dakota DOT is deploying drones for emergency response as part of its IPP. And in North Carolina, agency officials are gathering real-time data on the viability of commercial package delivery.

“Conventional highways have for 60 years been the backbone of economic development in America,” says Basil Yap, manager of the North Carolina DOT’s UAS program. “Now, state DOTs are helping to plan and build highways in the sky. We know that commercial drone delivery is coming, and our research is focused on helping small businesses develop this capability.”

More on the survey can be found here. 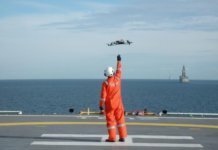 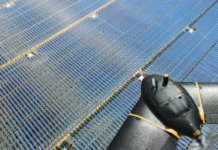 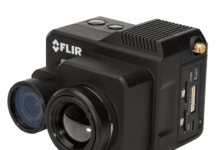