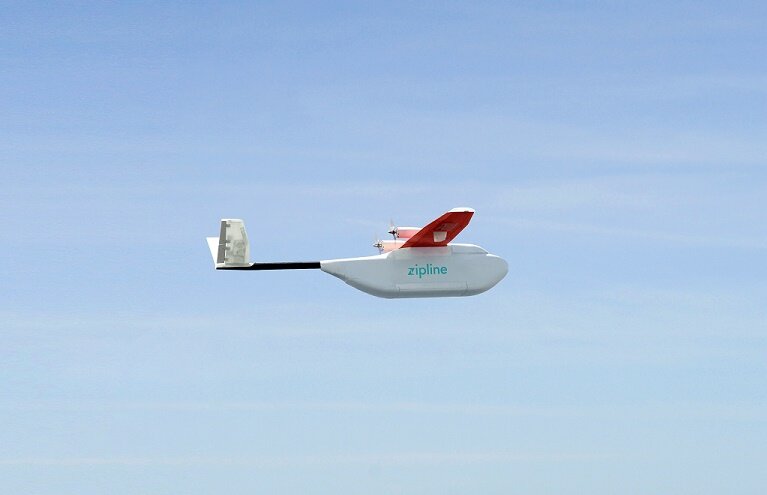 Global logistics giant UPS has announced a partnership with California-based robotics company Zipline and Gavi, the Vaccine Alliance, to explore using unmanned aerial vehicles (UAVs) to transform the way lifesaving medicines are delivered across the world.

The UPS Foundation has awarded an $800,000 grant to support the initial launch of the public-private partnership in Rwanda.

Starting later this year, the Rwandan government will begin using Zipline drones, which can make up to 150 deliveries per day of blood to 21 transfusing facilities in the western half of the country. Citing the World Health Organization (WHO), UPS says Africa has the world’s highest rate of maternal death due to postpartum hemorrhaging – which makes access to blood transfusions critically important for women across the continent.

“The inability to deliver lifesaving medicines to the people who need them the most causes millions of preventable deaths each year. The work of this partnership will help solve that problem once and for all,” says Zipline’s CEO, Keller Rinaudo. “With the expertise and vision of UPS, Gavi and Zipline, instant drone delivery will allow us to save thousands of lives in a way that was never before possible.”

Rwanda’s national drone network is initially focused on the delivery of blood supplies, but the plan, says UPS, is to expand the initiative to include vaccines and treatments for diseases such as HIV/AIDS, malaria or tuberculosis.

“Our partnership with UPS and Zipline is an exciting step into a new territory for the delivery of medical supplies,” comments Dr. Seth Berkley, CEO of Gavi, the Vaccine Alliance. “It is a totally different way of delivering vaccines to remote communities, and we are extremely interested to learn if UAVs can provide a safe, effective way to make vaccines available for some of the hardest-to-reach children.”