UC Berkeley researchers have claimed a new record in photovoltaic (PV) efficiency, an achievement they say could lead to an ultra-light engine that could power drones for days.

For the past 15 years, the efficiency of converting heat into electricity with thermovoltaics has been stalled at 23%, according to a press release from UC Berkeley College of Engineering. However, the researchers say they have now raised the efficiency to 29% and are now aiming to reach 50% efficiency in the near future by applying well-established scientific concepts.

This breakthrough has big implications for technologies that currently rely on heavy batteries for power, they explain. Thermophotovoltaics are an ultralight alternative power source that could allow drones, for example, to operate continuously for days.

The researchers’ work was described in a paper published last month in Proceedings of the National Academy of Sciences.

“Thermophotovoltaics are compact and extremely efficient for a wide range of applications, from those that require as little as 100 watts, [such as] a lightweight unmanned aerial vehicle, to 100 megawatts, [providing] electricity for 36,000 homes. In comparison, a 100-megawatt combined-cycle power plant is massive,” says Eli Yablonovitch, professor of electrical engineering and computer science (EECS) and corresponding author on the paper.

According to Yablonovitch, this finding builds on work that he and students published in 2011, which found that the key to boosting solar cell efficiency was not by absorbing more photons (light) but emitting them. By adding a highly reflective mirror on the back of a photovoltaic cell, they broke efficiency records at the time and have continued to do so with subsequent research.

“What the mirror does is create a dense infrared luminescent photon gas within the solar cell, a phenomenon that adds voltage,” says Yablonovitch.

Recently, his team recognized that this mirror could serve double duty. In fact, it solves one of the biggest challenges in thermophotovoltaics: how to exploit the thermal (heat) photons that have too little energy to produce electricity. It turns out that the mirror can reflect those small photons to reheat the thermal source, providing a second chance for a high energy photon to be created and generate electricity. This phenomenon leads to unprecedented efficiency, they say.

“We have achieved this record-breaking result even though we are just using a simple gold mirror. Now, we’ll add a dielectric layer above the gold, and that will improve our efficiency to 36 percent,” says Luis M. Pazos Outόn, a postdoctoral researcher in EECS and one of the lead authors on the paper.

“Just by increasing the reflectivity, we will get 36 percent efficiency. But by making other tweaks to the cell, using proven techniques in the scientific literature, we know we can get to 50 percent efficiency,” says Zunaid Omair, a graduate student researcher in EECS and first author on the paper. “Before our result, thermophotovoltaic efficiency had stalled at 23 percent for a long time, so to get from 23 to 29 percent is a really big deal.” 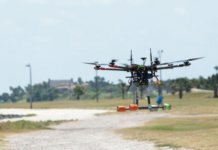 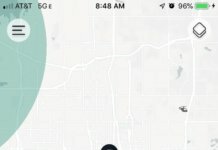 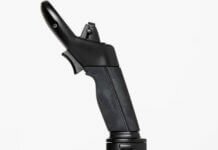