Maryland’s Cecil County Sheriff’s Office (CCSO) is crediting its unmanned aerial vehicle (UAV) with leading to the arrest of a man who had stolen nearly $400,00 worth of construction equipment. 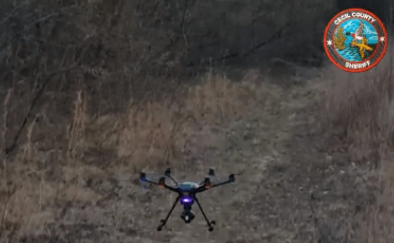 As described in a Facebook post from the sheriff’s office, the New Jersey State Police, Pennsylvania State Police, and Delaware Fish and Wildlife Natural Resources Police were all investigating a case in which “heavy-duty construction equipment” had been stolen by a suspect throughout New Jersey, Delaware and Maryland.

Sheriff Scott Adams, a federally certified drone pilot, then deployed a UAV from the CCSO, which recently launched its drone program. After the sheriff’s office obtained a warrant, the drone offered an aerial view of properties in question, and the officers were able to spot 17 pieces of construction equipment at one property and three at another.