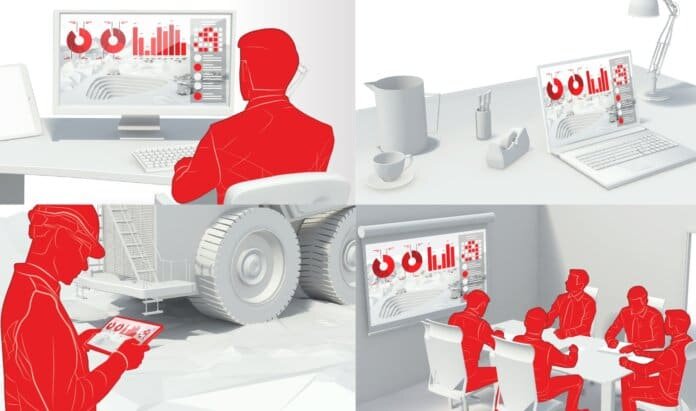 The commercial drone technology ecosystem has come a long way in the last half-decade. Enterprises around the world that have spent several years exploring drones’ potential are finding that the business insight that can be achieved from this technology can be a catalyst for profound transformation.

There have been at least eight distinct levels of evolution within commercial drone technology, beginning with simply getting drones into the air reliably and culminating with complete industry- and application-specific solutions that enable organization-wide benefits. The early stages of this continuum were achieved years ago; the advanced stages are on the cutting edge and are in the process of being developed and tested today.

One: Affordable and Reliable Flight Control Systems
The first inflection point that signaled the start of the commercial drone era was the debut of drones that had extremely stable and reliable flight controls – while still being affordable enough to deploy en masse.

Two: Autonomy
The automation of flight planning, geofencing and the flight itself greatly simplified operator tasks and coincided with the release of the Federal Aviation Administration’s Part 107 rulemaking, which relaxed the requirements for operators to become commercial drone pilots. This stage of advancement dramatically reduced the skills necessary to conduct a drone operation and widened the potential user base of the technology.

Three: Reliable Data Collection
Drones became valuable to enterprises when they began to be equipped with onboard sensors capable of collecting data at a high enough quality to be used in a business process. Simply fastening a digital single-lens reflex camera to a drone isn’t enough; the aircraft and payload must be integrated holistically and tested diligently to ensure that data are collected at a high enough resolution and can be collected the same way, every time. At this stage, photogrammetric processing became inexpensive and readily accessible, but it was typically conducted at the desktop level.

Threshold: The incremental cost of certain business processes can be improved at this level of sophistication. This is the point at which enterprises started seeing a return on investment from drone-related research. Once commercial drone products became available with this level of sophistication, some enterprises began transitioning specific conventional processes to drone-based processes, such as quarry surveys or rooftop inspections. At this stage, drones moved from single-user research projects to multi-user cost-saving initiatives. Most enterprises employing drone technology are at this point today, and many are beginning to explore the next stages.

Four: Data Collection at Scale
Structuring a commercial drone solution in such a way that it can collect data at scale is a much bigger challenge. At this stage, the workflow must be reliable when used by many operators and different aircraft. The drone must collect data in the same way every time, across many different sites and varying types of sites, and over much larger areas. The data it collects may be much more complex than at prior stages. To conduct data collection at scale, users must do it in the cloud.

Five: Data Management
Collecting aerial data at an enterprise scale results in a massive amount of information that needs to be processed, stored and organized. A specific database for aerial data enables it to be organized in and accessed from the cloud easily by all individuals within an organization. At this stage, data are no longer confined to local machines; they are distributed across the organization. Data management policies can enable new types of insight, such as a time-series analysis, change detection and defect detection. A single user can access terabytes, rather than megabytes, of relevant data.

Threshold: This is the point at which the benefit of drone technology goes beyond incremental improvements to conventional performance metrics. Entirely new types of business insights are possible at this level of sophistication, enabling organizations to create new business processes that take advantage of a wealth of processed, organized aerial data. At this level of sophistication, commercial drone technology can be rolled out company-wide.

Six: Machine Learning
With the volume of data collected at this stage, it becomes impossible for a human to manually interrogate data to discover insight. With a massive but well-organized aerial database in place, machine-learning algorithms can be trained to detect and classify the exact elements within a dataset that are relevant to an enterprise user – making the process of leveraging data much easier. This may include automated feature recognition, change detection and defect detection, which further reduce the amount of time and expertise required to derive benefits from drone-collected data. Stakeholders need not even search for relevant data themselves; it is identified automatically.

Seven: Industry- and Application-Specific Analytics
Once the technological and operational foundation for commercial drone technology has been established, enterprises can achieve extremely deep and unique insight by building on that foundation with novel, application-specific analytics. Applications that transform aerial data into useful information introduce a new class of user to the technology. Business users who are not necessarily part of the data collection and management stages can now begin to consume reports and make decisions that impact efficiency and productivity of the enterprise. Predictive analytics techniques can deliver recommendations for equipment and infrastructure maintenance and utilization. Enterprises that have already deployed commercial drones in their businesses frequently discover use cases for the technology that they never predicted during their initial research. At this point, drone technology creates significant competitive separation and can place heavy pressure on the rest of an industry to adopt similar measures to keep up.

Eight: Systems Integration
Integration of drone data with traditional business systems and enterprise-wide reporting systems enables even deeper insights by allowing aerial analytics to span departments and create entirely new workflows. Data from disparate sources within an organization can be integrated and analyzed in unison. When the insight enabled by drone-collected data is used in a complementary fashion with other IT systems – e.g., insurance claims management systems, utilities and telco asset management systems, as well as mining and quarry production and fleet management systems – enterprises can make better, faster decisions based on integrated data that had never been available before to that organization.

This level of digitization is what defines not just technology innovation but also market leadership.

This article is adapted from a blog post by Don Weigel, vice president of professional services at Airware. He previously served as Airware’s vice president of product and led the development and launch of the first release of the company’s Aerial Information Platform.