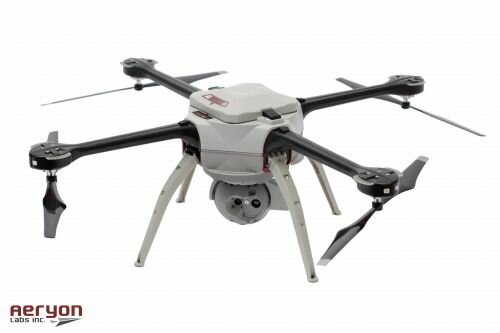 The test with OPG – using one of its drones taking off from Fort Erie, Ontario – demonstrated how unmanned aircraft can easily identify any damage to the ice boom. Typically, a helicopter or boat is used to perform the task.

According to NYPA, the drone drill is part of New York Gov. Andrew M. Cuomo’s Reforming the Energy Vision, an effort to ensure a more resilient energy system for New Yorkers.

“Drone technology has so much potential for helping the utility industry monitor assets that need to be maintained in a safer, faster and more cost-effective way,” comments Gil C. Quiniones, NYPA’s president and CEO. “Aerial drones can gather data and images that provide a timely picture of any problems so that repairs can be expedited.”

The Lake Erie-Niagara River ice boom, a series of floating steel pontoons connected by steel cables, is installed each winter at the Niagara River mouth to reduce the amount of ice entering the river. The ice build-up at the hydroelectric water intakes can affect the hydropower stations operated by NYPA and OPG.

Specifically, OPG deployed an Aeryon SkyRanger UAV to fly over the ice boom for about 20 minutes; the drone also recorded a video of a section that appeared to be damaged. In turn, the on-land drone operator was able to determine that a span cable had broken between two pontoons and that the cable needed splicing repairs.

The $75,000 drone, which has a 39-inch wingspan and choice of three attaching cameras, comes with an all-weather tablet computer that projects high-resolution images from the site and tracks information about the device, says NYPA.

Alan Ettlinger, NYPA’s research, technology development and innovation director, who took part in the test, notes that a drone is a more cost-effective and efficient way to maintain the boom. Specifically, it can cost $3,500 to use a helicopter or $3,300 to send a crew of four for a full-day inspection by boat. Once the drone is purchased, the only cost is labor – totaling less than $300 a trip, he says.

NYPA says this joint exercise was one of the latest developments in the organization’s continuing efforts to further its own drone inspection program (e.g., for inspecting power lines or conducting post-storm assessments.) NYPA has been assessing the capability of different UAVs and will go out to bid for drone purchases this spring.