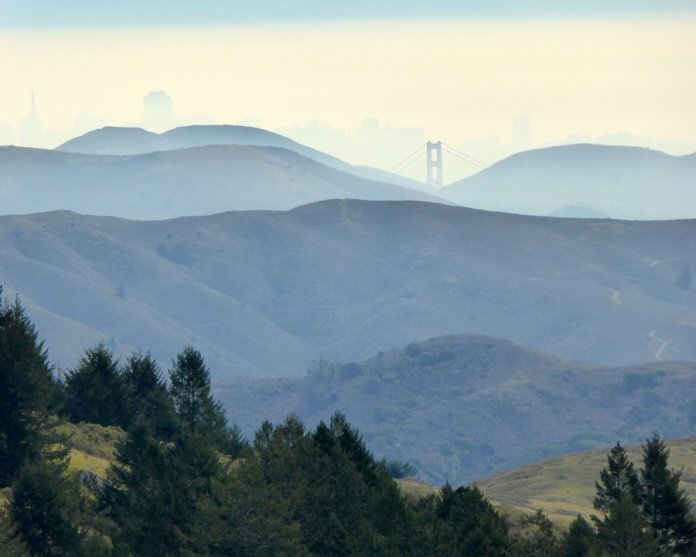 The Marin County Sheriff’s Office (MCSO), located in the San Francisco Bay Area, has released a public report on its small unmanned aircraft system (sUAS) operations in the first quarter of the year. The sheriff’s office officially launched its sUAS program on Oct. 30, 2018.

The Novato Police Department requested the assistance of the sUAS team while the department was dealing with an uncooperative arson suspect who had barricade himself in his vehicle near the gas pumps at the Novato Safeway. The suspect had previously attempted to ignite a fire at another local gas station and was believed to be in possession of a rifle inside his vehicle. The sUAS team provided an aerial vantage point to maintain constant visual contact with the suspect while hostage negotiators attempted to facilitate his surrender. During the incident, the suspect concealed himself inside the vehicle, occluding perimeter units sight of him. The sUAS team was able to provide visual sight again after hovering the drone near the hood of the suspect’s vehicle. The sUAS team provided consistent and reliable intelligence to the command post until the safe conclusion of the incident, when the suspect surrendered peacefully.

Deputies from the Marin City substation responded to a shooting incident in the Marin City area. Upon arrival, the deputies engaged in a short vehicle pursuit of the suspect. One of the suspects fled the vehicle and barricaded himself in a residence in Marin City. A perimeter was established, and hostage negotiators began communicating with the suspect regarding his peaceful surrender. The sUAS team was requested to assist, as it was believed the suspect was still armed. The sUAS team responded and provided a constant aerial vantage point of the residence and the surrounding area in the event the suspect left the house. By providing this intelligence from the air, the personnel on the perimeter were able to maintain safe cover from the suspect had he decided to shoot at them during this incident. The suspect eventually surrendered peacefully. The suspect was found to be in possession of an assault weapon with a high-capacity magazine.

During a rainstorm, the City of Sausalito experienced a mudslide in a residential area that destroyed several houses, cars and streets. Due to the location of the slide and the steep terrain in the surrounding area, it was difficult for the city to accurately assess the extent of the damage. The sUAS team was requested to assist by providing aerial documentation of the damage and assessing the area for any unknown injured persons. The team was able to determine the possible starting location for the mudslide, as well as an overall aerial perspective of the damage it caused. With the use of a newly acquired DJI Mavic Dual Enterprise with FLIR technology, the sUAS team was able to conduct heat source assessments in the slide area to determine if there were any unknown victims that had not been discovered. The team was able to provide the ground search teams with hot spots to conduct further searching. Thankfully, no other victims were located in the slide area.

The National Park Service (NPS) contacted the sUAS team to assist with obtaining photographic and video documentation of the recent mudslide in the City of Sausalito, as the area borders the NPS boundary. The team responded to the area and conducted flight missions to document the damage in order to provide more information to NPS for its investigation.

The MCSO search and rescue (SAR) team was helping the California State Parks search for a missing suicidal subject near the Steep Ravine area of Marin County. As part of the search, it was determined a drone could search the cliff side areas much more quickly and safely than ground personnel. SAR requested the assistance of the sUAS team to search the cliff areas of Highway 1 between Steep Ravine and Panoramic Highway. The team conducted aerial searches of the cliff side areas with negative results, and the subject was later located deceased at a different location in the area.

The Central Marin police Authority (CMPA) responded to a possible active shooter incident in a residential neighborhood of San Anselmo. Information received said an estranged husband attempted to shoot his wife at her residence and then fled into the neighborhood. The sUAS team was requested to assist in locating the suspect and providing an aerial vantage point. The team conducted flights in the surrounding area while ground personnel held the perimeter and evacuated nearby residents. Because the suspect was still believed to be armed, using the drone to search the area provided a safer environment for the residents and responding personnel. The sUAS team provided aerial coverage for the special response team (SRT) personnel when they decided to search a tree line behind the victim’s residence. During this flight, the sUAS team located the suspect on the rear porch of a neighbor’s residence. The suspect appeared to be deceased from a possible self-inflicted gunshot wound. SRT members confirmed it was the suspect and that he was deceased while the sUAS team provided overhead observation and intelligence to the command post. 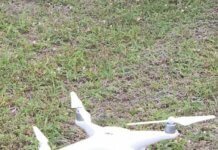 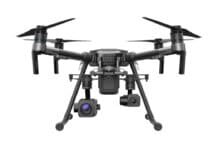 DJI Links up with LAFD to Advance Drones for Public Safety