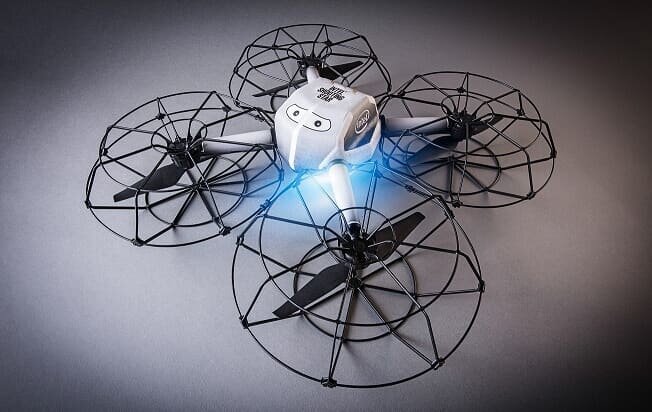 Intel has put on a 300-drone light show for another big crowd – this time for the Coachella Valley Music and Arts Festival in California last week.

According to Intel’s own coverage of the HP-presented show, Intel collaborated closely with Coachella organizers to put the light show together in two weeks’ time. Featuring “dancing drones [that] took the shape of a ferris wheel, then a rotating windmill, palm trees and other colorful 3D animated objects,” the show gathered the biggest live audience yet – more than 100,000 people – of the Intel Shooting Star drones, the company says.

The Intel Shooting Star drones are the company’s unmanned aerial vehicles (UAVs) specifically designed for entertainment purposes. The purpose-built quadcopters are equipped with LED lights that can create over 4 billion color combinations and be programmed for any animation. Intel uses proprietary algorithms to automate the animation-creation process by using a reference image, calculating the number of UAVs needed for the show, determining where the aircraft should be placed and formulating the fastest path to create the image in the sky.

In February, Intel put on a Shooting Star performance during Lady Gaga’s halftime performance at Super Bowl LI. Since then, according to Tobi Gurdan, automation engineer, Intel has “[come] a long way” in its performance algorithms, which are now “more powerful and easy to use.”

Intel’s full coverage of the show can be found here.