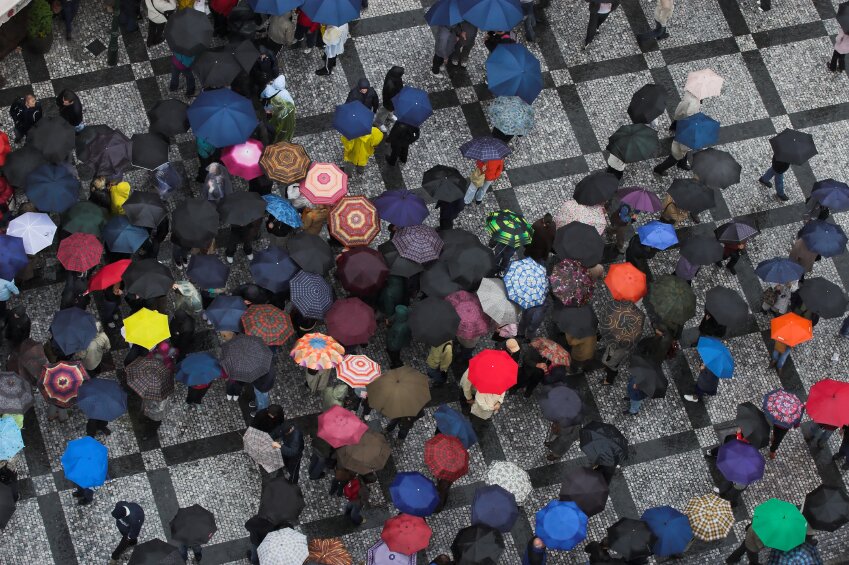 The Federal Aviation Administration (FAA) has publicly released its report of recommendations for establishing a “flexible, performance-based proposed rule” for small unmanned aircraft systems (UAS) operations taking place over people who are not directly involved with the flight.

An FAA-chosen aviation rulemaking committee (ARC) met on March 8-10 and March 15-17 and delivered a set of recommendations on April 1, as mandated by the FAA. The Associated Press previously revealed what the recommendations entailed, but the full report has now been released by the agency.

“The ARC was focused on flight over people and, in furtherance of that goal, identified four small UAS categories, defined primarily by level of risk of injury posed, for operations over people,” says the final report.

“For each category, the ARC recommends a risk threshold that correlates to either a weight or an impact energy equivalent and – to the extent necessary to minimize the risks associated with that category – additional performance standards and operational restrictions.”

DJI, which was one of the entities selected for the ARC, explains in a release that the committee recommended “allowing drone manufacturers the ability to certify the safety of their own products under this risk-based system – which will permit rapid innovation in uses that will benefit imaging, surveying, mapping, inspections, public safety and other fields.”

“The FAA chartered this committee to enable the tremendous benefits of drone technology while ensuring the safety of the skies and the general public,” says Brendan Schulman, DJI’s vice president of policy and legal affairs, in the release. “We are pleased that the committee recommends a progressive approach that successfully balances these interests.”

Category 1 would allow a UAS weighing 250 g or under to be flown over people, as long as the manufacturer places a weight label on the package or declares the weight to the FAA.

Another ARC member, Gary Shapiro, president and CEO of the Consumer Technology Association (CTA), notes in a statement that the report also recommends getting rid of the “burdensome airman licensing requirement that should not apply to operators of the smallest drones.”

Specifically, the ARC proposes that Category 1 UAS operators who seek airman certification can complete an online test “to satisfy knowledge requirements” and “eliminate in-person visits and background checks [with the Transportation Security Administration].”

For the next three categories, a drone (weighing under 55 lbs.) could be flown over people as long as it “does not exceed the impact threshold specified for each category, as certified by the manufacturer using industry-consensus test methods, and if its operator complies with operational restrictions for each category.”

Categories 2, 3, and 4 would mandate as follows:

After the FAA reviews the recommendations and proposes its rules, the public will be able to comment. FAA spokesperson Les Dorr told the Association for Unmanned Vehicle Systems International (AUVSI) that there is currently no timeline for when the proposal will be issued.

In the meantime, the Small UAV Coalition is urging the FAA to authorize over-people drone operations for those holding commercial exemptions.

“The ability to safely operate UAS over populated areas is critical to realizing the full potential of commercial and recreational UAS applications and enabling the United States to fully and safely embrace the vast economic and consumer benefits of UAS as a whole,” the coalition says in a release.

In a statement, Brian Wynne, president and CEO of AUVSI, adds, “This collaborative effort between industry and government demonstrates that we can continue to work together on increasingly complex issues involving UAS technology and establish risk-based regulations that appropriately balance the potential of UAS technology and safety.”

CTA’s Shapiro notes that the “committee’s work and final report represents an important policy direction, given the compelling current and future cases for drones operating over people.”

“We commend the committee members for their sincere dedication and for producing a comprehensive report in such a short time,” says Michael Huerta, administrator of the FAA, in a statement. “This type of collaborative government and industry partnership is exactly what is needed to keep pace with this rapidly changing industry and will serve as a model for future rulemaking advisory tasks.”

The full report can be found here.