Today, DJI officially unveiled the Mavic 2 drone series, including the Mavic 2 Pro, which has an integrated Hasselblad camera, and the Mavic 2 Zoom, offering optical zoom.

Calling it the “most advanced DJI camera drone ever built,” the company says the new Mavic 2 offers a flight time of up to 31 minutes and a speed of up to 44 mph in sport mode. The Mavic 2’s redesigned, more aerodynamic airframe reduces body drag by up to 19% compared to the Mavic Pro, DJI says. It also includes a more efficient, quieter propulsion system and noise-reducing propellers, as well as a three-axis mechanical gimbal to stabilize the camera.

The $1,449 Mavic 2 Pro was co-engineered in partnership with Hasselblad, which DJI began partnering with in 2015. Housing a 1-inch CMOS sensor with a 10-bit Dlog-M color profile, the camera captures four times as many levels of color per channel compared to the Mavic Pro. The Mavic 2 Pro can capture 20-megapixel aerial shots using the Hasselblad Natural Color Solution technology, while an adjustable aperture from f/2.8-f/11 provides more control across a variety of lighting conditions. With 4K 10-bit HDR support, the Mavic 2 Pro can be plugged into a 4K TV with HLG and will play back footage with the right color tones, says DJI.

Powered by a 1/2.3-inch CMOS sensor, the $1,249 Mavic 2 Zoom is DJI’s first foldable consumer drone with zoom. The drone combines 2x optical zoom (24-48mm) with 2x digital zoom to simulate a 96mm telephoto lens that captures lossless video in full HD resolution. Hybrid auto-focus on the Mavic 2 Zoom combines phase and contrast detection for higher focus accuracy with an increased focus speed of up to 40% faster than before, says DJI. Users can take 12-megapixel photos or use the new super resolution feature, which deploys optical zoom to automatically capture and stitch nine photos together for a 48-megapixel image – an ideal option for landscape photography, says DJI.

Exclusive to the Mavic 2 Zoom, the new Dolly Zoom QuickShot mode creates a warped perspective by automatically zooming in as it flies away from its subject, keeping the subject the same size while the full background of the scene is revealed.

“When the Mavic Pro was launched two years ago, it redefined the way people looked at a drone and expanded possibilities for creators around the world,” says Roger Luo, president of DJI. “Today, we enter a new era of aerial photography with the introduction of DJI’s new flagship product, the Mavic 2 series. The Mavic 2 Pro and Mavic 2 Zoom will enable photographers and videographers to take their inspirations to the air quickly and elevate their creative ideas to new heights.”

DJI says both cameras capture 4K video with extreme detail and record at a maximum bitrate of 100 megabits per second using the H.265 compression codec to give an “exceptional degree of latitude” in post-production workflows. For photographers, the Mavic 2 Pro has 14 stops of dynamic range, and the Mavic 2 Zoom has up to 13 stops. Photos and videos can be saved directly to the drone using its 8 GB onboard storage.

Importantly, an upgraded FlightAutonomy system transmits data to a more powerful central processor for more accurate obstacle sensing and safer flight, says DJI. The Mavic 2 also has 10 sensors on all sides of the aircraft to automatically detect obstacles in its path and help prevent collisions. It also features an improved advanced pilot assistance system, allowing the aircraft to analyze its surrounding environment and automatically fly around obstacles without stopping. The Mavic 2 also has a bottom auxiliary light that turns on automatically to ensure precise landings in low-light situations.

Furthermore, a new intelligent flight mode, hyperlapse, produces shots that show the passing of time, which can then be shared on social media immediately. JPEG and RAW photos can be simultaneously saved on a Micro SD card or the internal storage.

Users can also choose between circle, course lock, waypoint or free mode to create timelapses with a tap of a button in the DJI GO 4 mobile app:

Another feature, ActiveTrack 2.0, delivers a combination of autonomous tracking and obstacle-sensing capabilities. Using the main camera and the front dual-vision cameras, the Mavic 2 creates a three-dimensional map of the area in front of it and uses new trajectory algorithms to analyze motion and predict the subject’s path up to three seconds in the future. When tracking a target, the Mavic 2 can recognize and avoid obstacles while shooting a target without interruption. It can stay on target, even if the subject momentarily goes behind an obstacle, and can track the subject at speeds of up to 44 mph.

A newly designed OcuSync 2.0 video transmission system enables a more stable connection between the drone and its remote controller, says DJI. The system features stronger interference resistance and auto-switching capabilities that support both 2.4 GHz and 5.8 GHz frequency bands with the capability to use different frequencies for uplink and downlink data streams. It delivers 1080p video transmission feeds at a distance of up to 8 km, allowing users to instantly edit and upload HD footage directly from the video cache in the DJI app in a wider variety of situations. Original-resolution photos in JPEG can be saved directly to a mobile device.

Starting today, the Mavic 2 is available for purchase at store.dji.com and the four DJI flagship stores. 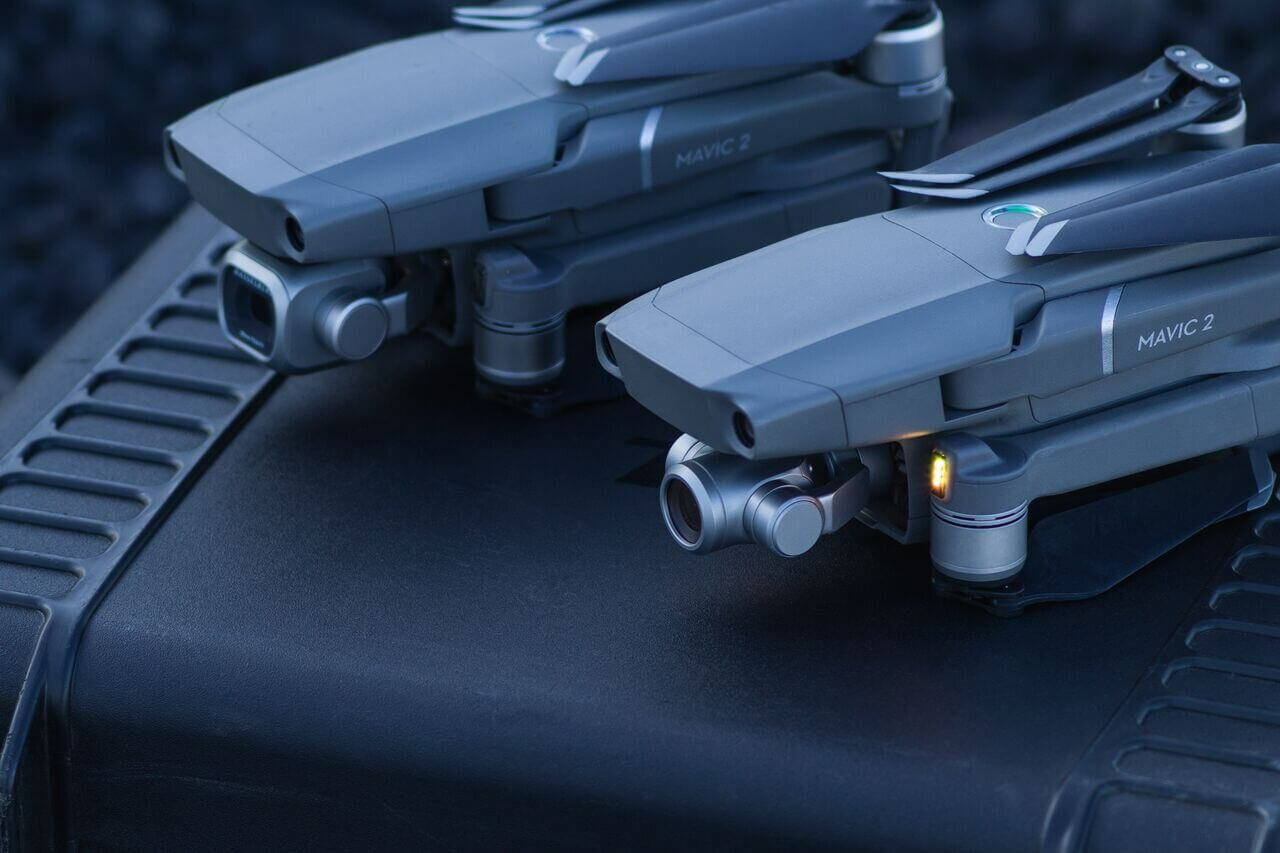 Unmanned Aerial Online is the web's destination for news, analysis and thought leadership about the burgeoning commercial and civil unmanned aerial vehicle sector, covering the applications, technologies and ideas that are driving the industry.
© Copyright Zackin Publications Inc. All Rights Reserved.
0
0
Would love your thoughts, please comment.x
()
x
| Reply