When U.S. Rep. Frank LoBiondo, R-N.J., first took the floor at yesterday’s House hearing on unmanned aircraft systems (UAS) safety, he remarked that “the latest frontier in aviation technology,” although in its early stages, is already offering vast economical and societal benefits to the country. Of course, he explained, the proliferation of unmanned aircraft also poses legitimate safety concerns, but there must exist a balance of eliminating these concerns while still keeping the industry flourishing. 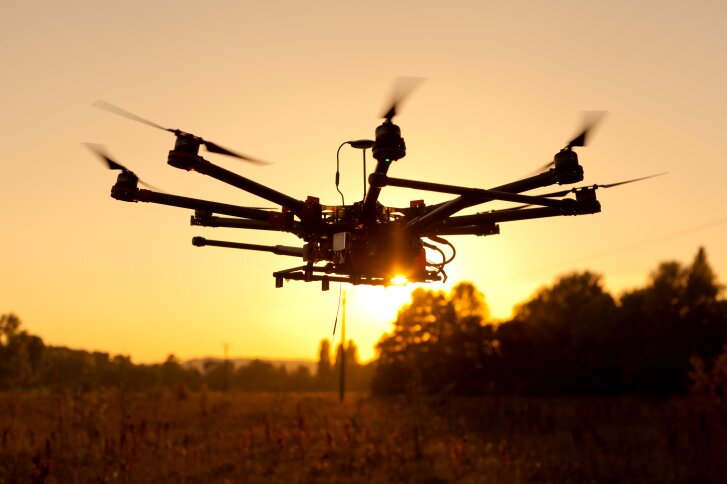 “We need to understand what precisely is going on in our airspace,” he stated. “What’s the actual risk, and how do we manage and mitigate it?”

Safety in the Era of Unmanned Aircraft Systems” – recognized the “real possibility” of a collision between UAS and manned aircraft but also said that the Federal Aviation Administration’s (FAA) recently released data on pilot UAS sightings included reports that did not warrant concern, in that the UAS may have even been a bird.

Indeed, a subsequent analysis from the Academy of Aeronautics (AMA) claimed that the number of actual “near misses” was “substantially lower than the number that was previously presented [by the FAA],” the group said last month.

Rich Hanson, director of government and regulatory affairs for AMA and a witness at the hearing, noted that drones are “gaining notoriety” and bringing forth “questions regarding safety and appropriate use.”

“While a single near-miss involving

a UAS is cause for concern, exaggerating and mischaracterizing the data makes it impossible to assess the magnitude of the situation and appropriately address the risks involved,” he said, adding later that it can be difficult for a pilot, from his cockpit view, to assess the true size, shape or even intention of another object in the sky.

To that end, FAA Deputy Administrator Michael Whitaker announced at the panel that the agency has formed a partnership with CACI International Inc., an Arlington, Va.-based information solutions provider, to test the feasibility of the company’s prototype UAS-detection system near selected airports in the country.

Pathfinder Program – first announced in May at the Association for Unmanned Vehicle Systems International’s Unmanned Systems 2015 – which involves the agency’s working with companies to research UAS operations not addressed in its proposed rules for commercial UAS. Other established Pathfinder Program partnerships currently include testing UAS in populated areas and testing UAS flying beyond the visual line of sight of the operator.

John Mengucci, chief operating officer and president of U.S. operations for CACI, says in a release that the partnership with the FAA will help “protect airspace from inadvertent or unlawful misuse of drones near U.S. airports” by offering a “proven way to passively detect, identify and track UAS,” as well as track down the operators.

“This CACI-built solution will help ensure a safe, shared airspace while supporting responsible UAS users’ right to operate their aircraft,” he explains.

The FAA’s Whitaker mentioned other steps that the agency is taking for safely integrating unmanned aircraft into the National Airspace System (NAS) while still allowing industry growth: educational campaigns, including Know Before You Fly and no-drone zones; appointing new agency executives to roles dedicated specifically to UAS; working with the six test sites; speeding up the issuance of commercial exemptions and giving blanket waivers for operations under 200 feet; and working with industry stakeholders, including NASA, on issues such as collision avoidance.

However, Captain Tim Canoll, president of the Air Line Pilots Association, expressed “an immediate sense of urgency that must be considered” and recommended a “four-part solution” for UAS operations in the near term.

“The target level of safety for commercial air travel in the NAS should be proactively, not reactively, protected,” he said.

AMA’s Hanson also noted the importance of educating the public on proper drone use and increasing law enforcement action but, as many stakeholders and legislators at the hearing did, stressed the need for the FAA to release the final rules and bring clarity to what is and what is not allowed.

Whitaker acknowledged the agency’s “ongoing development and finalization” of the final rules for small UAS – which he said should get through the FAA by the end of 2015 and then move to the Department of Transportation and Office of Management and Budget.

At a June 17 hearing, Rep. John Mica, R-Fla., pressed Whitaker for a specific date on the rules’ release, to which Whitaker replied that they would be finalized by June 17 of next year.

Mica asked at yesterday’s hearing if this plan is still in motion. Whitaker confirmed, “That’s still a solid date, and we should be able to beat that.”

Mica responded, however, that what will “propel this schedule” is a “very serious” encounter between unmanned and manned aircraft.

“I can almost predict there will be one. There are just so many of these now flying that’s it’s almost inevitable that we have a drone hit an aircraft,” he warned.

Rep. Peter DeFazio, D-Ore., who said has served for 29 years on the Transportation & Infrastructure Committee, mentioned what he called the “tombstone mentality,” in that we cannot take action to regulate drones in the NAS only because a tragedy has occurred.

“At this point, we don’t really know what happens when you suck a quadcopter into a jet engine,” he said.

Although DeFazio voiced his concerns for manned aviation safety, he brought up another point – the potential damage to the commercial UAS industry.

“We take down one plane with one of these toys that someone’s operating irresponsibly – or a terrorist uses – and this industry is going to grind to a halt altogether.”