3D Robotics (3DR) has collaborated with Sony and Autodesk to release Site Scan, a platform that enables 3DR smart drone users to inspect, survey and scan work sites and deliver data to the cloud for processing and analytics. 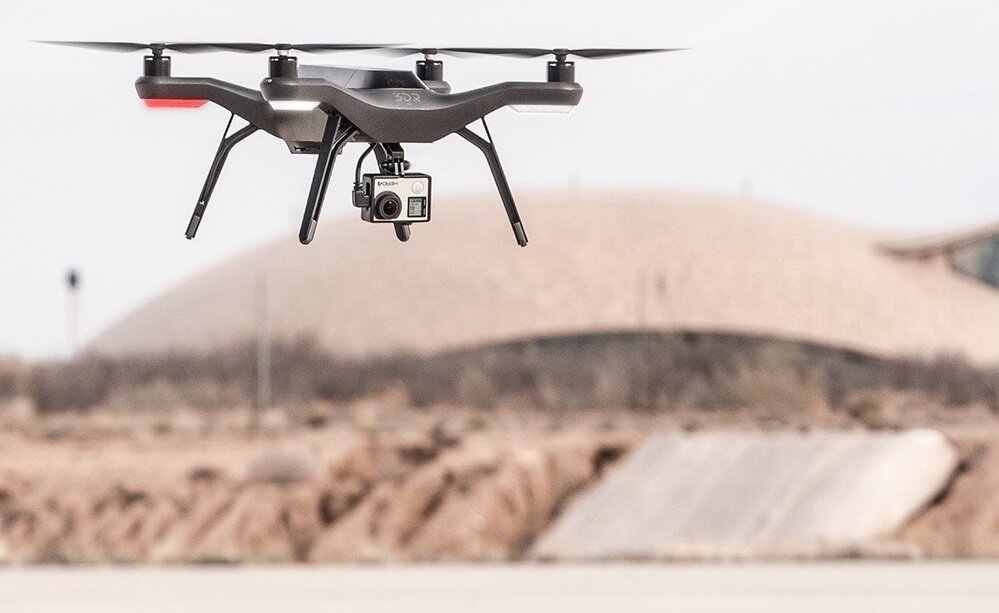 Designed for the field professional, says 3DR, Site Scan leverages image capture from Sony and cloud processing from Autodesk to deliver an end­-to-­end solution that is ready­-made for existing reality-capture workflows.

Included in the Site Scan package are a Solo drone, a Sony Xperia tablet pre-configured with the Site Scan app, a Sony UMC­R10C or GoPro HERO4 Black camera, unlimited storage in the 3DR cloud, and unlimited processing and publishing credits with the Autodesk cloud.

The Site Scan app includes three modes: inspect, survey and scan. The workflow – from flight and collection to processing and importing data – is managed entirely on the Sony tablet.

Site Scan automatically calculates a flight plan for surveys and scans, and the Solo drone autonomously executes both flight and image capture. The inspect function allows users to examine and photograph structures by swiping and pinching the tablet screen.

The survey feature captures images to create high­-resolution, geo-referenced maps and digital elevation models, while the scan function captures imagery to create 3D models. This data can then be integrated into design and engineering platforms.

Once processed, the reality data (3D point cloud, 2D orthographic views and 3D mesh) is available for consumption and for use with many Autodesk products, thus supporting use cases such as monitoring sites or measuring stockpiles, explains 3DR.

Chris Anderson, CEO of 3DR, calls the app “a complete solution for site capture that will help our business customers save time, save money and keep humans out of harm’s way.”

“Capturing site data today is costly, time-consuming and often dangerous,” he explains. “Drones can easily go where it’s inefficient or unsafe for field personnel, making it easier to accurately measure our world so we can better manage it.”

3DR says it will continually update the Site Scan app, which includes 3DR’s airspace safety information software to alert users if they’re about to fly in restricted airspace.

3DR is also launching a success services plan, which will allow all Site Scan users to have access to experts on Solo and aerial data acquisition seven days a week. Users will also have a Solo overnight replacement guarantee.

Site Scan with the Sony camera is expected to be available in June and will be priced at $4,999, with a monthly service fee of $499 paid annually with a 12­-month commitment. The package includes a Solo smart drone, four batteries, a battery charger, a Sony UMC­R10C camera, a Sony E PZ 16­50mm zoom lens, a Sony E 20mm prime lens, a Sony Xperia Z4 tablet, a SanDisk 64GB SD card and a case.

Site Scan with the GoPro camera is available immediately for order on store.3dr.com and is priced at $3,249, with a monthly service fee of $499 paid annually with a 12­-month commitment. The package includes a Solo smart drone, four batteries, a battery charger, a GoPro HERO4 Black, a Sony Xperia Z4 tablet, a SanDisk 64GB SD card and a case.

3DR says special promotional pricing is available until June 30, with the monthly service fee discounted to $299 for the term of a 12­-month service agreement.