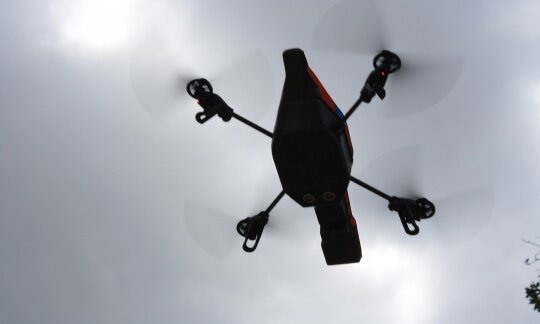 The U.S. Department of the Interior (DOI) has awarded a contract to Berkeley, Calif.-based drone company 3D Robotics (3DR) for up to 40 small unmanned aircraft systems (UAS), which the department says will be used for myriad applications.

According to Mark Bathrick, director of the department’s office of aviation services, the aircraft will be used for missions such as “wildlife and vegetation surveys, fire management, search and rescue, hydrologic study, cultural resource inventory, and surface mining monitoring.”

“These UAS will not only provide us with better science and reduce the risk to our employees, but they will result in cost savings and better service for the department and the American people,” Bathrick says.

The DOI says the award follows a lengthy process to develop performance requirements and select the most useful type of aircraft. 3DR’s 3.3-lb. drones, according to the DOI, are capable of carrying a variety of sensors and will be easily customized for the types of fieldwork and emergency-response operations performed by the department.

In addition, the DOI says the size and weight of the small UAS provide operators a simple, efficient and inexpensive tool to collect aerial data; their design allows for rapid deployment of new payload options as new sensors become available, the department explains.

“The contract is extremely important to the department, as it will allow us to conduct many missions that were previously impossible due to limited resources and costs associated with using manned aircraft,” states Harry Humbert, deputy assistant secretary for public safety, resource protection and emergency services.

Photo courtesy of the DOI