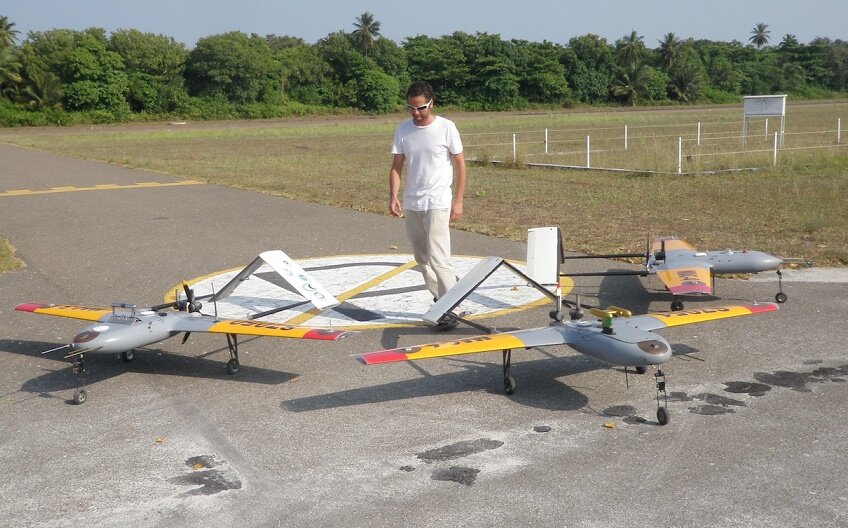 According to the DRI, it is widely known that black carbon – or soot – aerosol particles emitted from South Asia are spread across the northern Indian Ocean during the winter monsoon season. These masses of air pollution adversely affect human health and have been shown to play a significant role in regional and global climate change (second only to carbon dioxide).

New research led by Eric Wilcox, Ph.D, an atmospheric scientist at the DRI, offers insights into how these high concentrations of black carbon aerosols may also reduce atmospheric turbulence and enhance relative humidity near the Earth’s surface – exacerbating both human health impacts and extreme weather events.

The study, “Black carbon solar absorption suppresses turbulence in the atmospheric boundary layer,” appears this week in the early edition of the journal “Proceedings of the National Academy of Science.”

The UAS’ specialized instrumentation was developed by the Scripps Institution of Oceanography at the University of California San Diego.

Wilcox and his colleagues measured the atmospheric turbulence and vertical flow of latent heat above the Indian Ocean’s surface up to altitudes of 3,600 meters (12,000 feet) – an area of the atmosphere commonly known as the marine boundary layer, says the DRI.

“To completely understand the effects of these harmful aerosols on our climate and the modifications they cause to clouds and weather systems originating in the boundary layer,” explains Wilcox, “you have to first understand the turbulent dynamics of the air where the aerosols reside and the clouds form.” 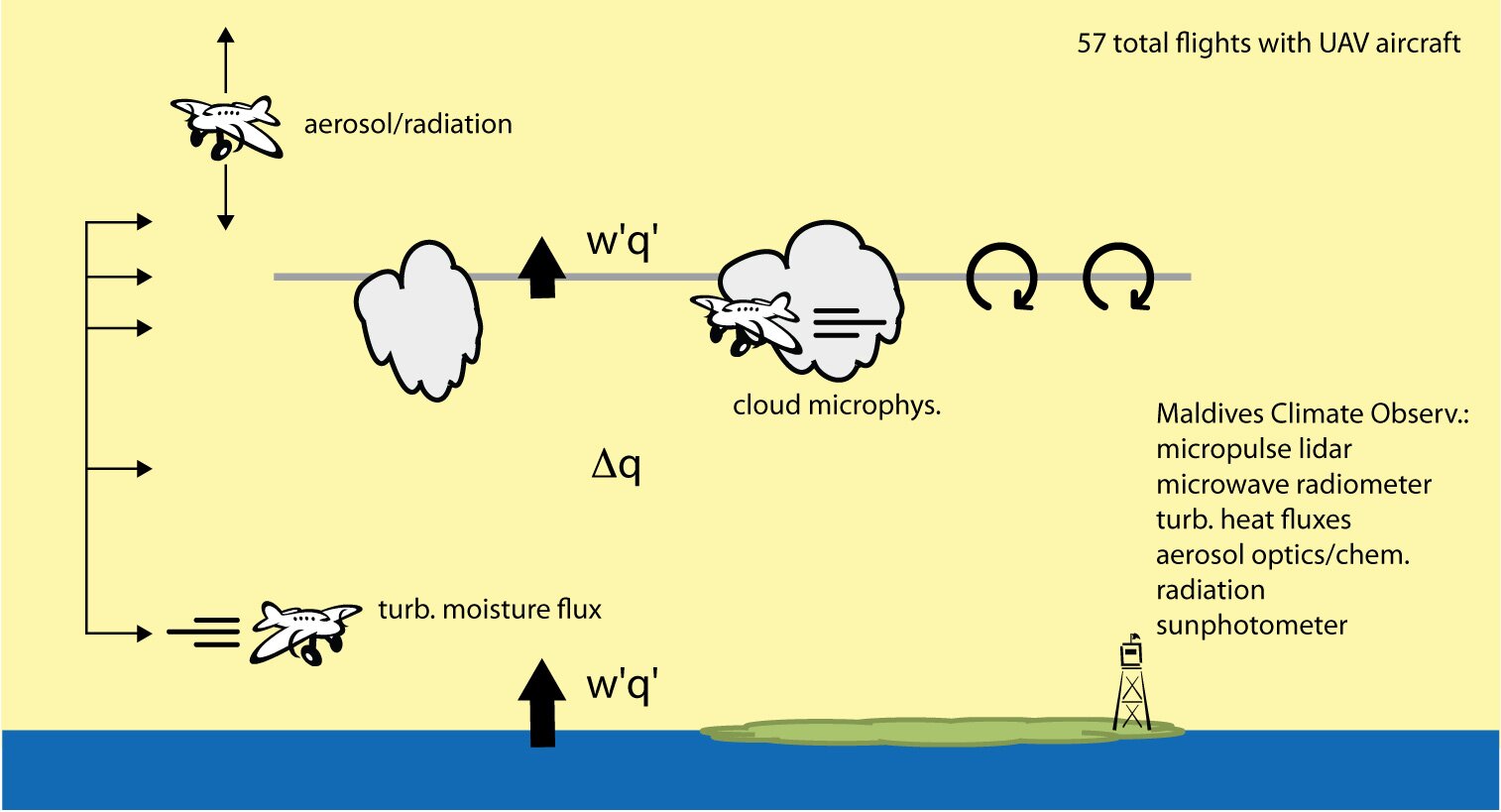 The UAS flights were performed in 2012 at various altitudes for distances of up to 10 miles and averaged over three hours. They originated at Hanimaadhoo in the northern part of the Maldives, a country made up of a string of islands south of India.

The instrumentation aboard each aircraft measured turbulent kinetic energy, aerosol particle concentration, black carbon concentrations, cloud droplet size and density, and temperature fluctuations. The turbulent flux measurement instrument package was developed by Rick Thomas, Ph.D, during his time at Scripps as a postdoctoral researcher. Thomas is currently a research fellow at the University of Birmingham’s school of geography, earth and environmental sciences.

Aircraft data was combined with ground measurements obtained at the Maldives Climate Observatory on Hanimaadhoo, a background site for atmospheric and climate studies in South Asia.

According to the DRI, the Maldives is the lowest country in the world and has an average natural elevation of 1.5 meters. The country is expected to be one of the first substantially affected by sea-level rise, a key consequence of global warming.

Furthermore, says Wilcox, the unique instrumentation developed as part of this study can be applied to existing and planned UAS applications in Nevada and across the West – most notably, scientific efforts to better understand drought and the dynamics of winter precipitation events in the Sierra Nevada.

The authors also acknowledge that further study is needed to understand how the absorption of black carbon aerosols in the boundary layer may also impact the formation of cumulus (storm) clouds and higher-elevation atmospheric events. 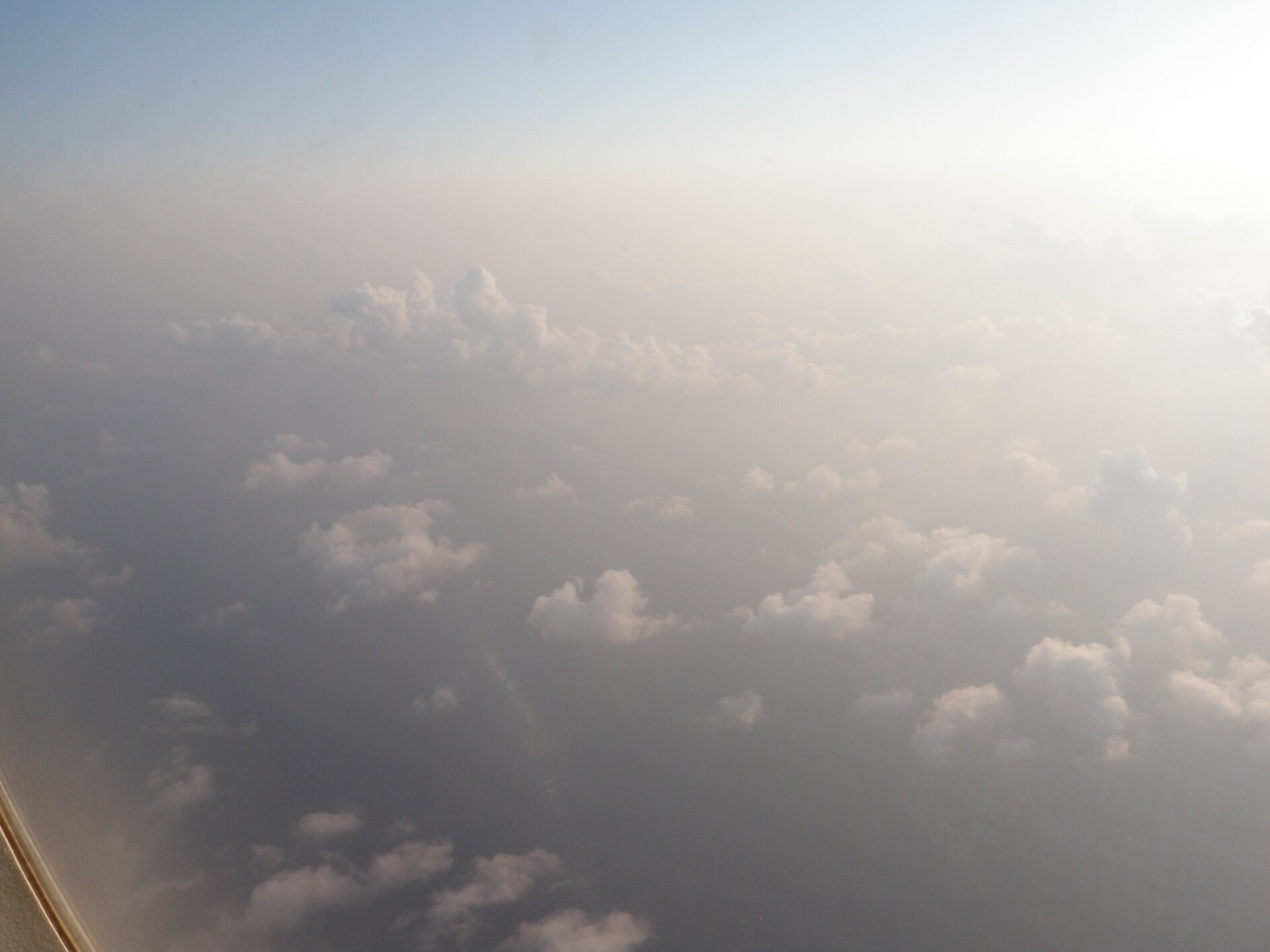