No, we didn’t achieve full unmanned aircraft systems (UAS) integration into national airspace in 2015; no, we didn’t get the Federal Aviation Administration’s (FAA) final rulemaking for commercial operations. However, the U.S.’ commercial and civil UAS space was undoubtedly sprinkled with milestones – so many sprinkles that it’s not easy to make it brief when it comes to compiling a list of the year’s top happenings. Rather, here’s a potpourri of significant announcements – one for each month of 2015. 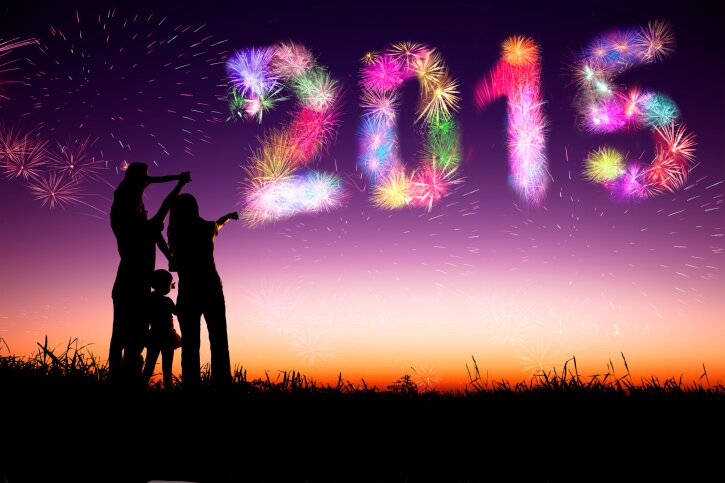 At the beginning of 2015, the Small UAV Coalition predicted that it would be a “crucial year” for the industry. January started off with the settlement of the widely known Pirker vs. FAA case: Raphael “Trappy” Pirker from drone company Team BlackSheep ended up paying a fine for his October 2011 commercial UAS flight over a college campus. The FAA had deemed it “reckless” and initially imposed a $10,000 fine, while Team BlackSheep maintained that the fine was brought on only because Pirker had received compensation for the operations. After a judge dismissal and subsequent National Transportation Safety Board reversal that claimed UAS do, indeed, fall under the category of “aircraft” and are subject to the same rules, Team Blacksheep, which settled for $1,100, said the case “prompted a vigorous international public discussion about the existing framework [for commercial UAS]” and “encouraged regulators to open new paths forward.”

February was all about the long-awaited proposed rulemaking for small UAS. On Valentine’s Day weekend, the FAA revealed the following proposed requirements for future operations of commercial drones weighing under 55 lbs.: They must keep within the visual line of sight of the operator, be flown only in the daytime and only over people who are a part of the operation, and stay under 500 feet in altitude.

As the number of exemptions for commercial drone operations picked up, albeit slowly, the FAA announced in March its blanket Certificate of Waiver or Authorization (COA) initiative, which the agency described as a way to simplify an entity’s obtaining a commercial drone exemption. Instead of applying for an additional COA for operations, Section 333 exemption holders would automatically receive a blanket COA to fly under 200 feet.

Accordingly, the next month saw a big jump in commercial exemptions – more than 150 during the month, including one for Amazon. However, April was marked by two big drone releases: DJI introduced new models in its Phantom series, the Phantom 3 Professional and Phantom 3 Advanced, and 3D Robotics rolled out the Solo, which the company pegged as “the world’s first smart drone.”

At the Association for Unmanned Vehicle System International’s (AUVSI) annual Unmanned Systems event in May, some more federal action went down: FAA Administrator Michael Huerta held press conferences at the Atlanta show to announce the Pathfinder program – researching drone operations not prescribed in the proposed rulemaking (e.g., beyond the visual line of sight) – and B4UFLY, a UAS safety smartphone app. Again, for the sake of brevity, more on AUVSI’s show can be found here. (There was so much going on that the word “potpourri” was necessary then, too.)

At a House hearing on June 17, FAA Deputy Administrator Michael Whitaker noted something significant about the date June 17: He confirmed that the FAA would have the final rulemaking for commercial drones out by that time in 2016.

In what was called a “Kitty Hawk moment,” the UAS test site at Virginia Tech; NASA; drone-delivery company Flirtey; and Wise County, Va., came together to deliver medical supplies via unmanned aircraft at the “Let’s Fly Wisely” event in mid-July. Virginia Gov. Terry McAuliffe noted that these “historic flights” were “paving the way” for UAS integration in national airspace.

The total number of commercial exemptions reached 1,000 in August, but later that month, Intel Capital, a division of global technology giant Intel, announced a $60 million investment in Typhoon and Tornado drone company Yuneec. Brian Krzanich, CEO of Intel, which has also invested in UAS companies PrecisionHawk and Airware, noted that “drones have the potential to positively change lives in many ways.”

Earlier in 2015, California State Sen. Hannah-Beth Jackson introduced legislation that, after being passed in the Senate in August, would have created a no-fly zone for drones up to 350 feet above private property in the state. In September, following much opposition from the UAS industry, Gov. Jerry Brown vetoed the measure, which AUVSI, for example, said “would have stifled innovation, hampered economic growth and created inconsistencies with federal law.”

In October, the FAA called out – in a big way – Chicago-based SkyPan International for allegedly conducting unauthorized UAS flights between 2012 and 2014. The agency proposed what it said was the biggest civil penalty against a drone operator for “endangering the safety of national airspace”: a $1.9 million fine.

October was also the month in which the FAA announced its plan to require registration for drone pilots, but November marked the FAA-designated task force’s proposal for how this plan should work. The expected buzz that followed the FAA’s announcement – and is still happening – included both agreement and opposition. The Academy of Model Aeronautics, for example, has stated that registration would be an “unnecessary burden” for its members, who have operated model aircraft before the FAA was even established as an agency.

As the FAA had planned, the drone registration rules were released before Christmastime, but December also included a joint announcement from DJI and thermal imaging company FLIR, in which the two revealed that they would be mating their technology to create the Zenmuse XT stabilized camera for the DJI Inspire 1 and Matrice M100 drones. According to the companies, the product, to be available this quarter, will broaden capabilities for applications including search and rescue, infrastructure inspection, and agriculture.

As of Jan. 7, the commercial exemption total is now nearing the 3,000 mark. To sum up only the first week of 2016, it’s hard to be brief, once again: DJI and Ford’s partnership, Intel’s further expansion into the UAS space, a federal lawsuit and a number of new technology launches at CES 2016 are some of the happenings already coloring what could shape up to be yet another “crucial year” for the industry.