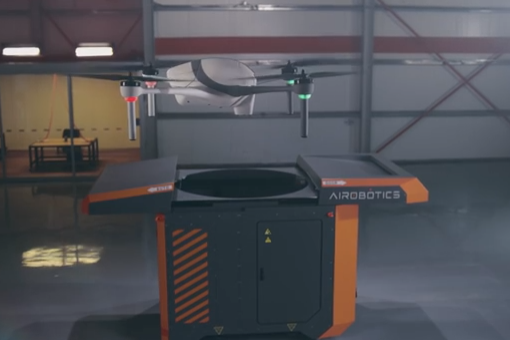 Silicon Valley-based UpWest Labs – an early-stage fund investing in Israeli entrepreneurs aspiring to build large, U.S.-based companies – has announced the unveiling and funding of its portfolio start-up, Airobotics, a provider of a fully automated drone platform.

Airobotics has secured $28.5 million in combined A and B rounds from U.S. investors, including BlueRun Ventures and CRV, as well as private individuals such as Noam Bardin, the CEO of Waze, and Richard Wooldridge, Google ATAP’s chief operating officer.

UpWest says it was the first institutional investor to identify and invest in Airobotics, which provides companies with the technology to run missions to monitor, inspect, survey and secure large industrial facilities and other sites. Led by co-founders Ran Krauss, CEO, and Meir Kliner, vice president of research and development, the entire Airobotics team consists of 70 people.

“We believe that Israel has some of the most intelligent, experienced and creative minds across a variety of technologies,” comments Gil Ben-Artzy, founding partner at UpWest Labs. “Specifically, there is a large knowledge base in UAV technologies, and we identified Airobotics as a leader with unique experience and expertise in the area. We are proud to bridge this knowledge between Israel and the global economy.”