‘Do Whatever You Want’ with the Flytrex Sky Delivery Drone 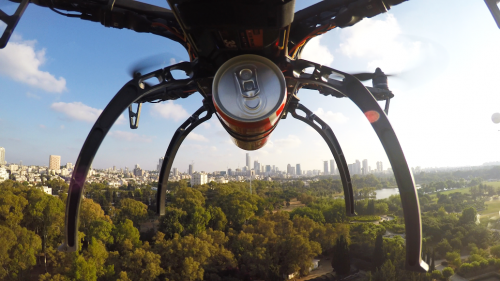 Dubbing it ‘the world's first Internet-connected drone that serves as your personal courier,’ Tel Aviv, Israel-based Flytrex is promising an unmanned aerial vehicle (UAV) whose uses extend even beyond package delivery.

As demonstrated in a video from the company, the new Flytrex Sky UAV can serve as, for example, a handy solution for a clumsy moment: Spill something on your shirt at work? Open up the Flytrex Messenger smartphone app, and have a friend send over a shirt-toting Sky.

Yariv Bash, CEO of the company, tells UAO that the delivery is a simple process. Through the app, someone can select a recipient, who will then receive an alert that she has been invited to get a delivery (or vice versa if someone wants to request a delivery). Once she accepts, the Sky system will use the cell phone’s GPS to go to the location of the recipient, who will receive an alert that the delivery is on its way.

Then, Bash explains, once it arrives, the UAV can either ascend automatically or the recipient can fine-tune – through her smartphone – the precise location of the landing.

The recipient can then remove the object from the holder, which comprises eight hooks to secure the object and also offers an optional set of bands to hold diverse item shapes. Then, the drone goes back to where it came from.

So, what happens if the recipient finds a spare shirt or changes her mind about the delivery? Through the app, the UAV’s mission can be aborted, and the aircraft will return to its starting location, or if it runs out of battery power or needs to make a sudden landing, the user will be warned, and it will land on the spot. 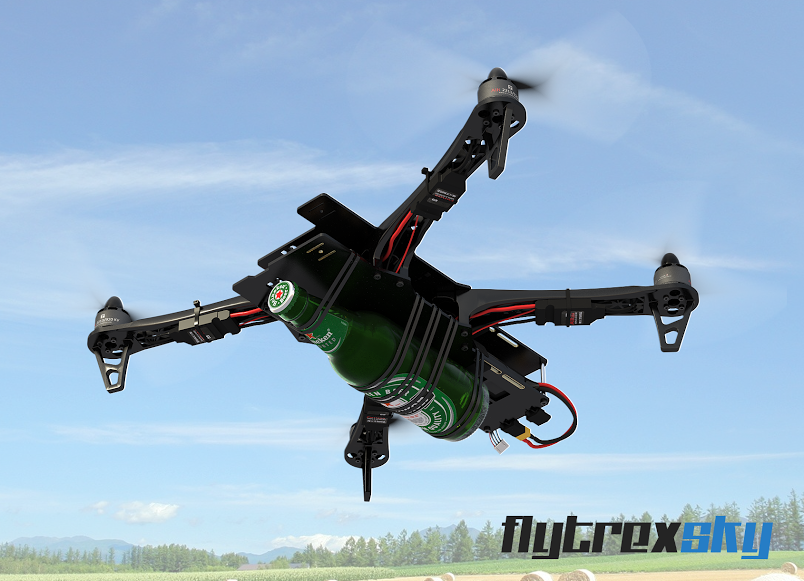 Although Flytrex has not yet developed a collision-avoidance system for the aircraft, Bash points out that the built-in 3G tracker offers added safety.

“Because of the cloud connection,” he explains, “the drone is always connected and is always aware of its environment.”

However, he adds, because of the Sky’s open-source platform, operations can be expanded beyond just the Flytrex app.

“This is a platform – you can program it to do whatever you want, you can write your own apps and you can control it from any device,” Bash says. For instance, a user can attach a first-person-view device and fly the aircraft with a remote control.

If a user wants to forego the delivery option, she can add a GoPro and a gimbal and turn the Sky into a photography or videography UAV.

Bash adds that in order to operate the drone, the operator needs “almost zero” flying experience. Through the Flytrex Pilot app, which is used for non-delivery operations, pilots can control the aircraft manually or autonomously.

With a flight time of over half an hour – while carrying a payload weighing roughly as much as a smartphone – and an unlimited range due to the 3G network integration, the Flytrex Sky is ready to go as soon as the user removes it from the box and pops on the propellers.

Then, “You can ask it to do whatever you want,” Bash says, whether that be opening up the messenger app and asking your friend to bring you a sandwich or using the pilot app and taking the aircraft for a spin in the backyard.